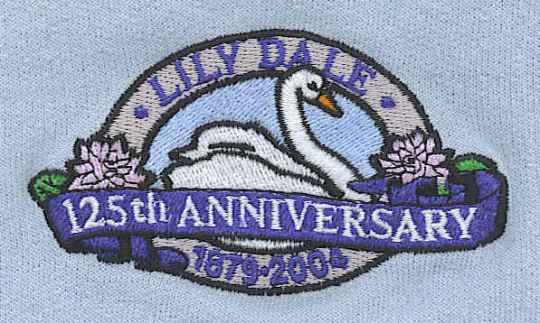 Use your Sixth Sense! Transforming the inner self to use that sixth sense of intuition and spiritual awareness  is the main goal of Lily Dale Assembly,which has been around for a long, long time. Established during 1879 in Chautauqua County, New York, this small village has been the world’s largest center for spiritual development through Spirtualism religion.  A Spiritualist is a person who believes that life continues after death and individuals are responsible for their own behavior.  Many Spiritualists are also Mediums or Healers, but not all.  They are busy searching for the truth.

A feeling of peace is prevalent throughout Lily Dale.  During the summer there is a varied program of world renowned speakers.  Over the years, this has included such names as Neal Rzepkowski, John White, Deepak Chopra and Wayne Dyer. Mediums, teachers, and healers frequent the place on a year round basis with a permanent population of nearly 275. 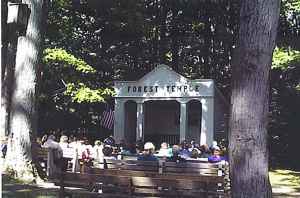 Set on the eastern shores of Cassadaga Lake, the energy of the spiritual world can be felt in this serene setting. As you travel the paths deep in the woods, you will find Forest Temple where communication services are held at the end of each religious meeting to receive spiritual messages. Here many people feel they receive messages from loved ones who have gone on before.

At the end of the forest trail is Inspiration Stump, a sacred spot. Visitors often say they feel a profound sense of peace and heightened sense of awareness when sitting here. This is the site of the most intense spiritual feeling at Lily Dale. Since 1898, two services are held here each day where mediums receive messages from Spirit to members of the audience. 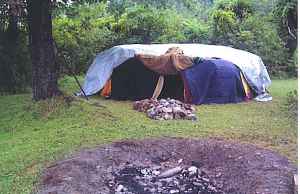 A purification ceremony in the Indian sweat lodge is performed several times during the year. Approximately ten feet in diameter, the sweat lodge is covered with a heavy tarp to keep the heat of the stones inside.  In early times, the Indians would have used animal skins for a covering over the bent birch branch framework. While crawling through the door, participants are smudged with smoke from sweet grass, sage or cedar as initial cleansing. Inside everyone, dressed in loose, comfortable clothing, sits on the floor cross-legged in an attitude of peace.

One at a time, hot stones are brought in and added in all four directions to the fire at the center. The door is then closed and water poured over the hot stones. The steam called “sacred breath” is used to cleanse mind, body, spirit and heart. This is definitely one of those places where “You can feel the temperature rising.” 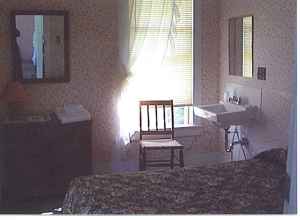 Staying in Lily Dale is half the experience.  Everyone congregates on the front porch in the evening to exchange stories and experiences.  No connection to the outside world is encouraged so there is a complete lack of television, radio, or phone service in the rooming houses.  Rooms are sparsely, but comfortably, furnished with shared bath facilities in most places.

Every visit here is a new adventure. Where else would you hear a person run from the hotel saying, “Someone’s sweeping the hallways again, and no one’s in there!”  In her book, “Lily Dale,” Christine Wicker concluded, “Did I believe it? Sometimes yes. Sometimes no. But I’d like to.”