Driving down the long steep Creighton Hill to Sycamore Valley, thoughts of years gone by began to creep into the mind. At the bottom of the hill in a beautiful tree-filled valley sat the little town of Sycamore Valley, Ohio. Located in Monroe County, this small town has a rich history centered around their meeting place, Morrison’s General Store. 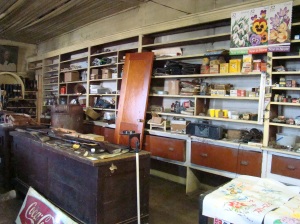 Built back in the 1880’s, this was the supply center for most of the people of that valley. No other towns were close by so at Morrison’s General they found not only groceries for the family, but also feed for their livestock at an adjacent feed mill. Included on the shelves were everything needed for the home, farm, and even boots and hats for the farmer. When looking through the old ledgers for the store, total sales for the month of December, 1943 totaled $1,429.32. An unusual sign on the scales inside summed up the philosophy of the store:

We have no quarrel with those who sell for less They know what their merchandise is worth. 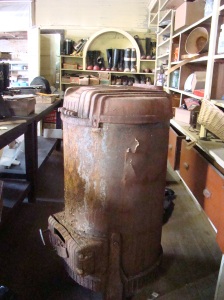 Even though there was a gas light at the entrance, inside the store was dark and gloomy cheered only by the friendly folks of the Valley. Many remembered coming to the store two or three times a week to get everything they needed for their family. No matter if you needed eggs and cheese or nuts and bolts, this was the original one-stop shopping center. One man said he came from the age of three to the store where his mother met with some other ladies for quilting. This was a time when folks would gather around the old Warm Morning wood stove, prop up their feet and share the latest Valley news. 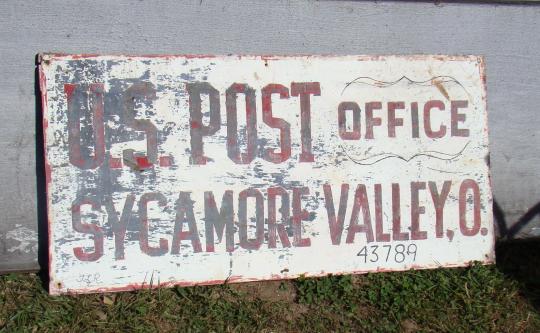 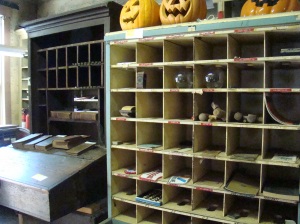 The store here in Sycamore Valley also served as a one-pump Ashland gas station as well as the post office, which served over 100 addresses at its peak. Inside you can still see the post office boxes where mail was kept for pick-up. While there Morris, the last postmaster, told about his 34 years running the post office. Morris’ dad owned the store previous to that time.

Times were rough in the Valley and keeping the store open was a difficult encounter during the best of times. Finally, the store was closed but the post office continued for several more years. Morris did sell candy, pop and a few small items until it finally closed in 2008 when the government shut down many small post offices.

Across the narrow road, this concrete marker was the vertical support for a bridge that went across the creek. The store owner kept his cattle on the other side of the little creek and the bridge was firectly across the road in front of the store door.

Leaving Sycamore Valley, long time residents of the area told stories about going back up the steep Creighton Hill to the ridge top. When someone was wanting to buy a car back even in the early days, Creighton Hill was the test site.  If it could make it up the hill, then the car was worthy of being purchased. The speed with which it climbed the hill determined its price! This was one of the original test strips for automobiles.

At times it is interesting to explore what used to be, but we are certainly lucky to have the improvements that we have today – electricity and indoor plumbing come instantly to mind.

Sycamore Valley can be found in Southeastern Ohio on the perfect Gypsy Road Trip. After leaving I-77 in Ohio at exit 25, you will enjoy a scenic route of twists and turns. Better get out your road map or GPS (if it can get a signal) to find the way.