At the end of every summer, Nick began growing a beard to keep his face warm when working outside in the winter. At least that was the man’s excuse. His wife thought this good natured fellow just didn’t want to fuss with shaving.

But this year, Nick had a second reason. There was an article in the paper about a Dickens Whiskers Wars Beard and Mustache Competition. Like the men of Charles Dickens time, Nick thought it was very manly to have facial hair. With a long, full beard perhaps there was a chance to win the “Best Beard” category.

The contest would be in November so getting an early start was important. How could he speed up the process of developing a long, bushy beard? Nick read that facial hair would grow more quickly if a man is well rested and free from stress. So when his wife wanted the lawn mowed or leaves raked, Nick would give a nod of the head and say, “My beard doesn’t need that kind of stress.” Smoking a pipe with feet on a stool created more relaxation. 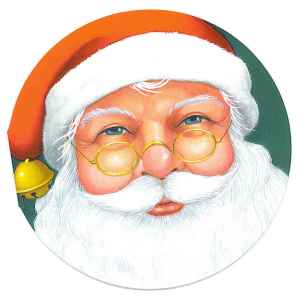 Nick made a trip to the local drug store to pick up some biotin and B vitamins, which increase growth of hair and nails. A circular massage of his face while relaxing on the couch in the evening would also stimulate hair growth. Certainly these healthy additions, as routine parts of the day, would assist in creating the best beard possible.

Actually, all of these steps were making Nick’s beard look fantastic. His full beard was nearly a foot long with a snow-white glow. As the contest rapidly approached, Nick headed to a favorite restaurant for a couple of hamburgers, because protein also is important for beard growth.

With all Nick’s resting and eating, quite a few extra pounds had been added. No longer could a belt meet after traveling through the belt loops, so suspenders became the best way to support the larger jeans.

A little girl ran to the restaurant.

As Nick sat at the table wearing suspenders over a red plaid shirt with a red cap on his head, a little girl ran over and jumped up in his lap.

Her mother hurried over immediately, very upset by her daughter’s behavior. “Cathy, you know you aren’t allowed to talk to strangers.”

“But Mom, it’s just Santa Claus without his uniform.” Cathy’s blue eyes sparkled as she laid her curly blond head against the jolly man she thought was Santa.

“Ho, Ho, Ho,” burst forth from Nick’s lips. Maybe he could win the “Best Beard” contest. As Nick left the restaurant, you could hear him exclaim with his beard snowy white, “Merry Christmas to all and to all a good night.”

My wish for you is a wonderful Christmas holiday with family and friends, and a New Year filled with peace and happiness.