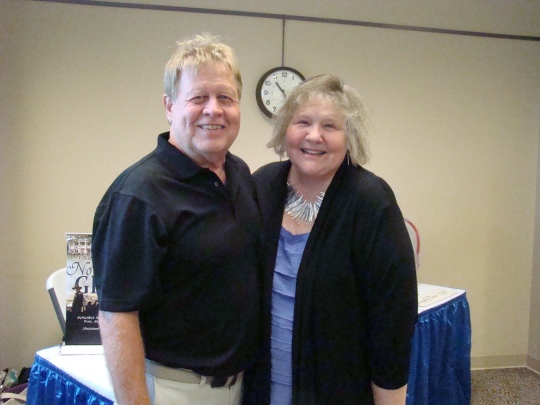 The perfect pair!  Once in a while you encounter a couple that seem to be the perfect match. That was the case with Victorian romance writer, Cindy Nord, and Civil War historian, Tom Nord. Where did they meet? A Civil War Reenactment! 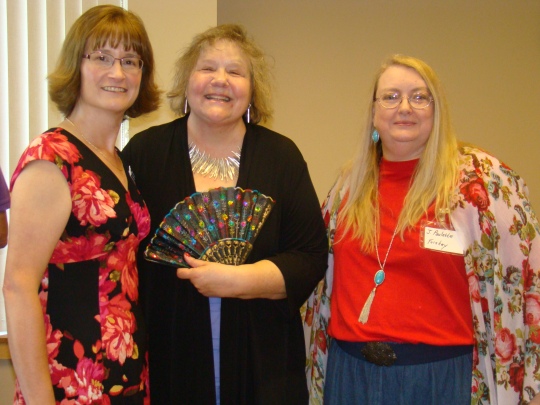 Their program, “Victorian Fashions and Military Artifacts of the Civil War”, travels the country presenting an interesting and informative program based in the mid 1800s. Their journey has taken them across the United States from Dallas to D.C. and New Orleans to Michigan. This time it took them to Crossroads Library in Cambridge, Ohio.

They travel around the country sharing Tom’s history of the Civil War and Cindy’s information on Victorian fashion, which she includes accurately in her romance novels. They don’t claim to know everything, but as Tom mentioned they want “to share what we know.”

Original Civil War items on display could be gently touched.

Tom’s knowledge of Civil War Reenactments led to recruitment by filmmakers in Hollywood. He organized all reenactments in “North and South” with Patrick Swayze, “Glory” with Denzel Washington and “Lincoln”, based on the novel by Gore Vidal.

The program began with Tom describing the uniforms worn by North and South. Then shifted gears to the artillery used by both sides. The officers carried pistols, while the infantrymen used rifles. Bayonets were often attached to the ends of rifles for close range battle, while swords had several purposes. 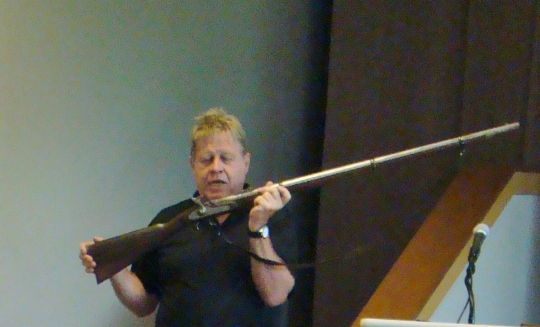 When a cavalryman rode horseback, a shielded sword, rifle, cartridge box and breastplate were part of his gear. That sword could slash its way through an attacking regiment. Afterwards, it might be used to cut branches off a tree or even dig a trench.

Their display contained numerous items from a heavy cannon ball to rifles, pistols, and ammunition. Everything could be touched, which definitely made it more memorable. 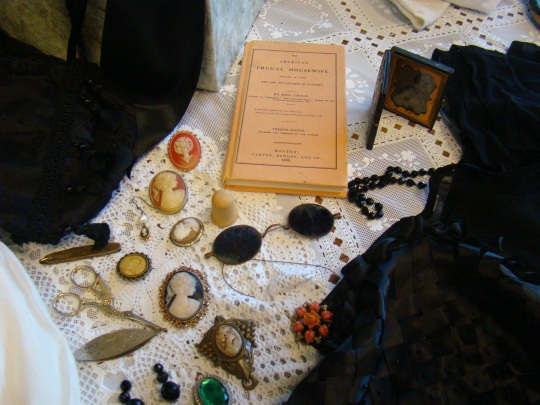 This sampling of Victorian items gave a peek into the fashion of that time. Note the book: The American Frugal Housewife, 1833.

Next Cindy told about Victorian dress. She stated, “The women had to take care of everything while the men were playing war.” But when the soldiers came home from battle, they wanted the women to be beautiful from head to toe.

Queen Victoria, queen of England from 1837 – 1901, ruled the fashion world at that time. This young queen brought bright colors into popularity and was responsible for nearly all the fashion and hairstyles of that era. 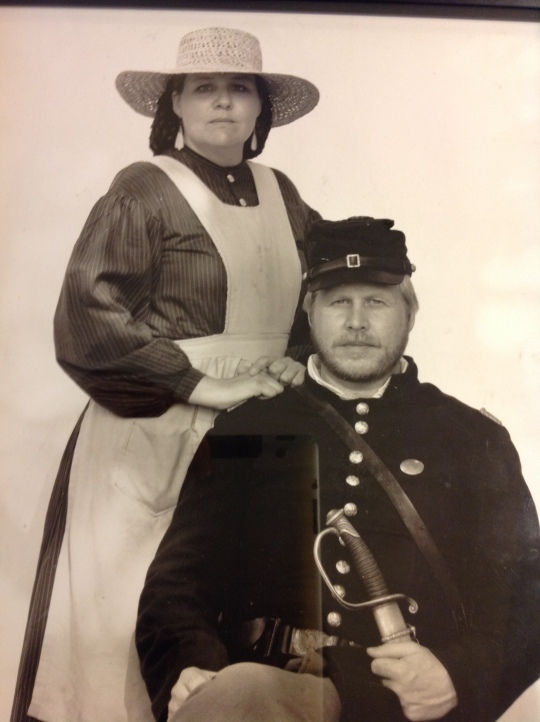 Cindy and Tom dressed for a reenactment.

Pictures and actual garments exhibited the progression of fashion from 1840 – 1900. Looking good ranked first in importance to the well-heeled lady as her main purpose in life was to find a husband.

Corsets kept the waist small, while skirts lined with crinolines took on a bell shape. Until the Civil War ended, bonnets shielded their faces from the sun and offered potential suitors only a glimpse of the lovely lady.

During that time “a lady was to be seen and not heard”. Cindy does not fit that description today, as she captivates the audience with her great sense of humor and writes romance novels that capture your attention even if you aren’t a Civil War fan. Every word in her story has importance. 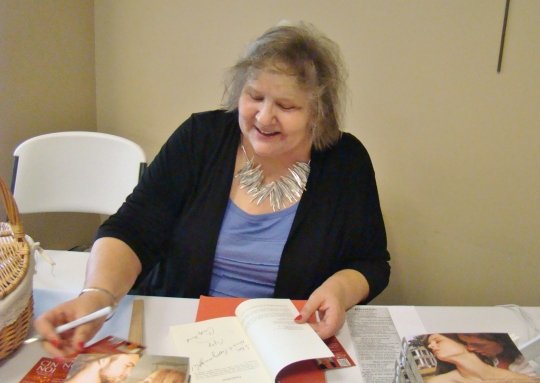 Cindy always takes time for book signing and talks with fans wherever they travel.

When Tom and Cindy aren’t talking Victorian Dress and Civil War, they enjoy camping, hiking, and an occasional luxurious cruise. They frequently stop along the way to visit  places like the Mayan Ruins or the Grand Canyon. Of course, stopping at a Civil War battlefield is always high on their list.

True love awaits you in the writings of Cindy Nord. She found hers in Tom…and the rest is romantic history.

Check out her website at: Writings of Cindy Nord.