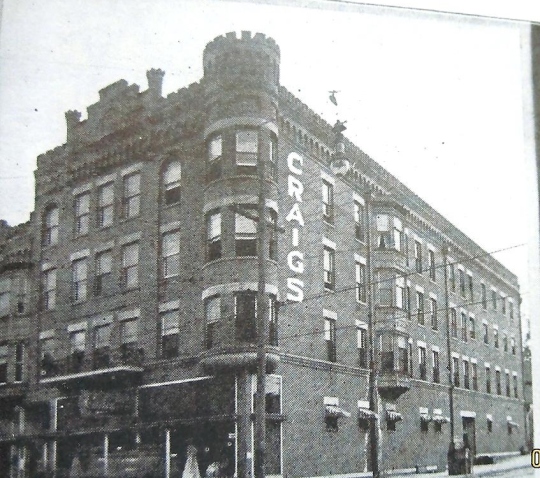 Dresses can be seen in the window of Upper Kresge’s in the Craig building.

Many area residents enjoyed shopping at Kresge’s in downtown Cambridge. This business provided an economical way to purchase almost anything a person needed.  In fact, there were two Kresge stores: an Upper Kresge at 800 Wheeling Avenue in the Craig building, and Lower Kresge at 711 Wheeling Avenue. 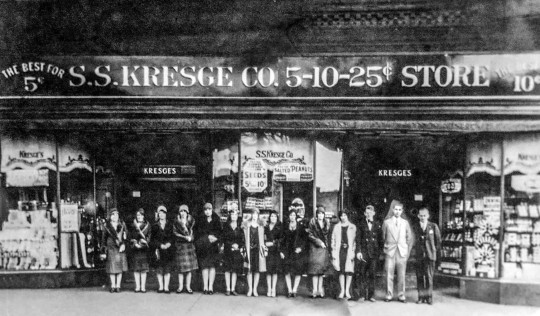 Folks dressed in their finest pose outside the Lower Kresge building.

Founded in 1899, Sebastian Spering Kresge established his company with one store in Detroit. By 1912, he had 85 stores, which were incorporated under the name S.S. Kresge, Corp.Those who worked for him felt he was a kind gentleman and taught employees how to do their job well.

This group of retirees met to share their stories.

Recently, there was a meeting of former employees of S. S. Kresge stores in Cambridge where much reminiscing created many interesting stories. Most employees had been happy with their jobs even though one person recalled that in 1959, she made sixty-five cents an hour.

Big Bronco had kids begging their parents for a nickel ride.

Some of the most popular attributes of the Kresge store as remembered by many would include the beautiful lunch counter, a deluxe candy counter just inside the door, and a pet shop at the rear of the store. Kresge’s was the place to get everything from toys to clothes for every member of the family.  My Dad always thought that $2.98 dresses from Kresge’s were the only dresses needed by this writer.

“Give friendly service for yourself and your store.”

That motto appeared on the outside of the pay envelopes that Kresge employees received each week. Even then, income tax and Social Security were withheld from their pay, which wasn’t very much  to begin with. 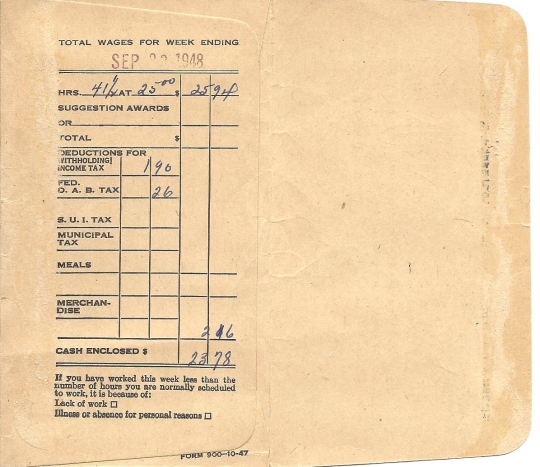 This pay envelope was saved from 1948.

Many recalled food prices that amaze people today. For example, a favorite sandwich, grilled cheese, was only a dime back in 1960. During the work week, the lunch counter was a busy place and they often sold 150 subs before noon. On weekends they sometimes had “sub sandwich specials” at 4 / $1.00. 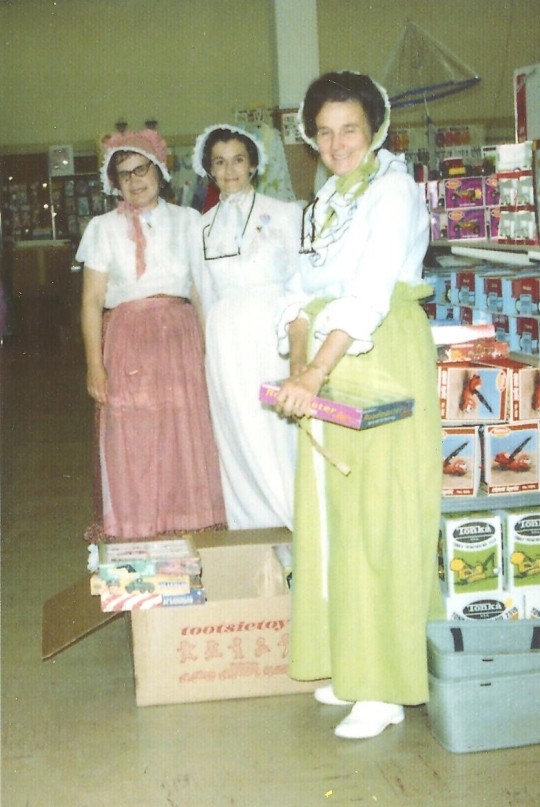 These Kresge ladies were dressed for a downtown celebration.

Just inside the front door was the candy counter, a first stop for many as they walked into the store. Gumdrops were twenty-five cents a pound. One lady recalls that during the war when sugar was short, they only sold pretzels and potato chips at the candy counter.

Enjoy checking out the 1962 prices in this Kresge ad.

Many recalled their pet department, which contained parakeets, goldfish, hamsters and tiny turtles. One exciting time occurred when someone left the bird cages open overnight, and all the birds ended up in the front window of the store. First thing the next morning, the braver employees caught them with butterfly nets and returned them to their cages. 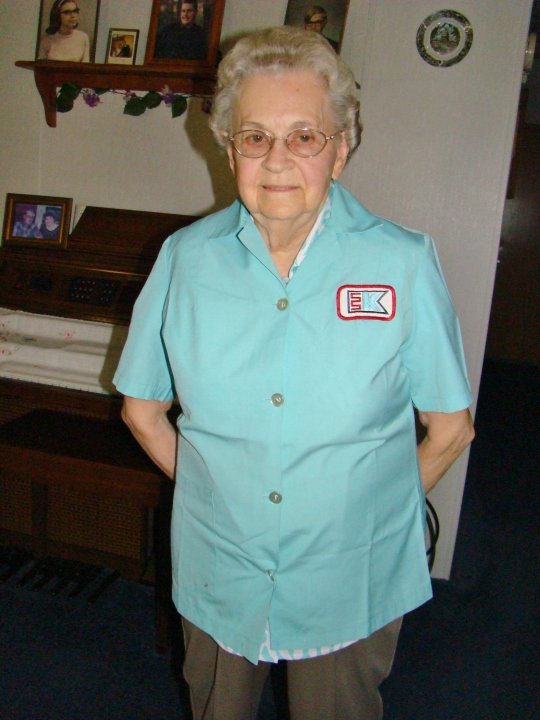 Local residents recall walking the streets of Cambridge in the snow and stopping at Kresge’s where a quarter would purchase a cup of coffee and a donut in 1960. A quarter could also buy you either a ham salad sandwich or a hot fudge sundae. Regular price on a triple dip banana split was thirty cents.

On Kresge’s 75th Anniversary, each employee was presented a Kresge diamond.

During Kresge’s 75th Diamond Anniversary in 1973, each employee was presented a Kresge “diamond” ring. They all proudly wore them to work each day and many still have them.

One time a colorful band of gypsies entered the store. That large group seemed to flood the aisles. These wanderers helped themselves to just about anything they pleased before the police arrived. Many left with their pockets and bags filled with merchandise, but no one was injured.

After the store closed, Uldine’s family made her this special gift – a keepsake brick from the building  with a picture of the lower Kresge store.

One lady wrote, “The best days of my life were those when I worked at Kresge’s.” Others said they all felt like family.

When the last Cambridge Kresge store closed in 1985, a few of the employees, the “cream of the crop” it seemed, were given jobs at Kmart. But it never held the same excitement even though it was a much larger store. One employee remarked, “It was like walking out of Cambridge and going to New York City.”