Quilt patterns on the sides of barns gave a purpose for a country drive.

A Sunday drive has always been one of my favorite things. Dad would travel the back roads exploring places we’d never been. That same feeling occurred while wandering along the Coshocton Quilt Barn Trails. It was a peaceful, old-fashioned road trip on those narrow, two-lane country roads, where you could actually take time to look at the scenery.

While Quilt Barns have become a nationwide movement, they got their beginning fairly recently. In 2001, Donna Sue Groves wanted to honor her mother’s passion for quilting, so painted her mother’s favorite quilt square on their old tobacco barn in Adams County. 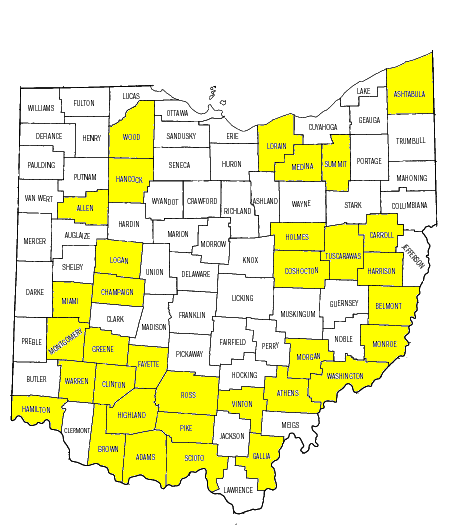 These counties in Ohio have Quilt Barn Trails.

From there, the Quilt Barns arose to reflect the spirit of the community. In Miami County, quilts were hand-painted on the barn’s surface replicating the look of fabric, while in Harrison County emphasis was on the Underground Railroad.

Coshocton County Heritage Quilt Barns feature family quilt patterns. Each quilt has a story to tell. The Pomerene Center for the Arts is responsible for creating this historic drive to view our nation’s agricultural landscape. They have three possible routes: Tiverton Trail, SR 643 Trail and Progressive Valley Trail.

It is important to either print off a map from the computer, open one on your phone or tablet, or pick one up at Coshocton Visitors’ Bureau in Roscoe Village. Directions are essential.

Several of the Quilt Barns have online connections to stories about the colorful quilts and who originally designed the quilt squares. Mother Setzer Quilt Barn appeared first on our adventure, and had a lovely setting with a firm foundation of large rocks around the barn. Their grandmother made this quilt pattern from scraps of her clothing and black silk dresses.

While SR 643 became the trail of choice, meandering from that path became frequent. The desire to see more Quilt Barns eventually included parts of all three Coshocton trails. 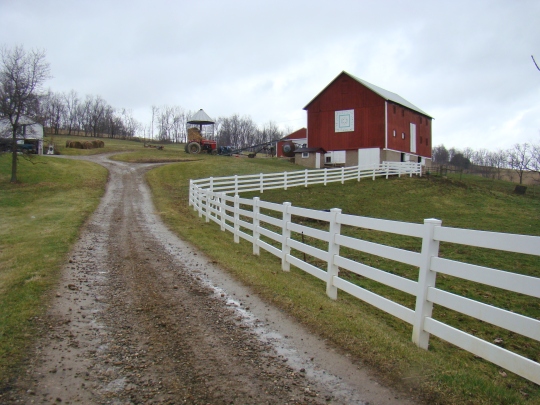 The lane back to Sweet Pea Quilt Barn featured a picturesque white fence.

Many of the Quilt Barns sat on back roads. Some became a challenge, and a four wheel drive vehicle would have been helpful on this rainy day as roads were steep and muddy. But beautiful, scenic farms throughout this Amish countryside made the day enjoyable. Corn shocks were a sight not seen since childhood.

A barn near a lovely stone home featured Chalice pattern.

Chalice was the name given to the quilt pattern made by Catherine Stubbs on a barn near a lovely stone house. It appears that Catherine stayed very busy with quilting and life in general. One day when her husband was at work in the coal mines, she moved them to another house closer to his work. It’s said when she cooked Sunday chicken dinner, she could stretch one chicken to feed twelve people.

The Butterfly Quilt Barn near Fresno showcases a quilt made and designed by Oneita Hahn. Family members remember her quilting frame being up in the dining room quite often. Quilt patterns frequently were created by the quilters themselves and then drawn on newspaper. 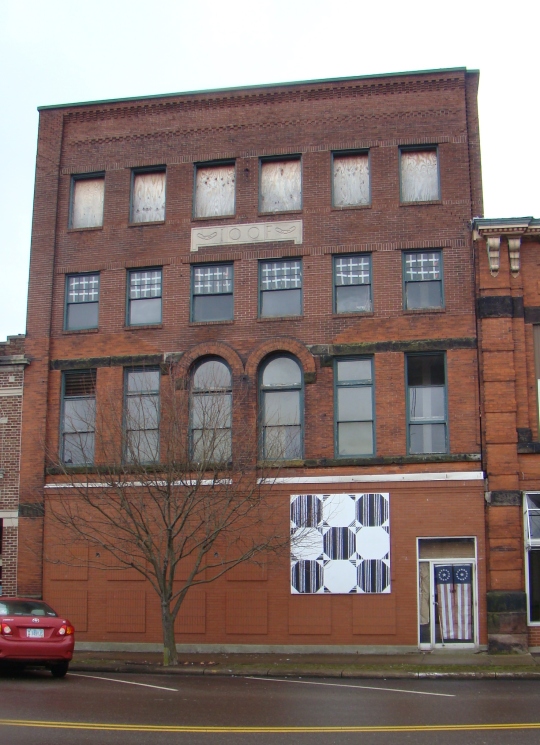 In downtown Coshocton, you’ll find Snowball pattern on the side of a former quilt shop.

Not all barns were in the country. One actually was found in downtown Coshocton on the side of an old IOOF building, which formerly housed Mercantile on Main. Snowball, a black and white quilt, decorated the front of this one-time quilt supply shop.

In Roscoe Village on the side of the Blacksmith Shop, Canal Era Applique could be seen upon entering the village on North Whitewoman Street. The quilt square on display appeared on a quilt made by Hannah Hays, whose family arrived in the area by canal boat.

Ohio Rose & Star can be found in Clary Garden in Coshocton.

The end of SR 643 Trail came in classy Clary Garden. Ohio Rose & Star has graced the side of their barn since 2003. Made by Coshocton Canal Quilter Helen Moody, this pattern was chosen to hang at the gardens in honor of the family’s rose business.

But this artistic project doesn’t stop here. All over the United States, Quilt Barn Trails have been created. Presently, over 6000 quilt patterns have been placed on barns in 33 Ohio counties, 45 states, and even some in Canada. It’s a wonderful excuse to get in the car and take a road trip.

A clever tractor pattern on one barn added variety to the day.

This country adventure through scenic back roads will take you back to a less stressful time. The Quilt Barns provide a variety of attractive patterns in excellent condition. You can take this drive any time of the year and enjoy this grassroots art movement. Watch for Quilt Barns wherever you travel.

While on the Coshocton Quilt Barn Trails, you’ll find not only creative quilt patterns but Amish farms, meandering streams, beautiful stone houses, and unique shops along the way. Don’t forget your camera!