When friends suggested a stop at McDonald’s during our visit to Canonsburg, PA, it was difficult to figure out why they insisted on eating here this evening. But once we entered the doors, the sound of popular songs of Perry Como, Bobby Vinton, and The Four Coins filled the air.

All these local men, who had gone on to become musical legends, were honored here by owner and operator, Ron Galiano. When the old McDonald’s on Bobby Vinton Boulevard needed to be replaced, Galiano wanted the new building to have a local connection. The new two million dollar home-town themed restaurant did just that.

This Hit Parade listing just inside the front door lists the popular singles recorded by Canonsburg artists since 1944.

Inside the front entrance, they proudly display “The Canonsburg Hit Parade”, which lists songs that have been released by Canonsburg artists from 1944 to 2006.  This is just a sample of over 400 songs that fit that description. This was and still is a musical town.

Major focus began on Canonsburg’s native sons Perry Como, Bobby Vinton and The Four Coins. Together they had 196 top hits. Canonsburg was proud. The most recent addition has been Jason Walker, who is climbing the pop-dance charts.

Several photos of Perry Como at all ages can be found throughout the restaurant.

Pierino Ronald Como came from a large family and early in life became a prominent local barber. In the 1940s he joined the popular radio show, Chesterfield Supper Club as a vocalist.

Perry Como’s wife painted this picture for him.

Perry had his own television variety show and also appeared in several movies. During his career, he sold over 100 million records. His first big hit, “Till the End of Time”, stayed number one in the charts for eleven weeks in 1945. One of my favorites was “Don’t Let the Stars Get in Your Eyes”. 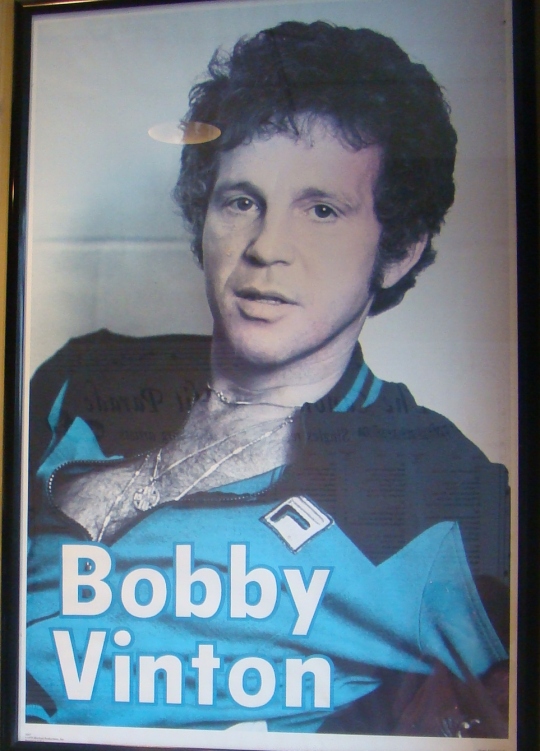 Bobby Vinton was born Stanley Vinton, namesake of his father who was a popular bandleader. When Bobby was 16, he formed his first band. After attending Duquesne University and a short time in the Army, Bobby took his band to Guy Lombardo’s “Talent Scouts”, where he was awarded a contract with Epic Records.

In the mid- 60s, Bobby even outsold Elvis Presley and therefore has been called the most successful male vocalist of the rock era by Billboard Magazine. His first No. 1 hit was “Roses Are Red”  and later recorded one of my favorites, “My Melody of Love”, which Bobby recorded partially in Polish.  The Polish Prince stopped by McDonald’s to sign autographs on a recent visit to Morgantown, WV. 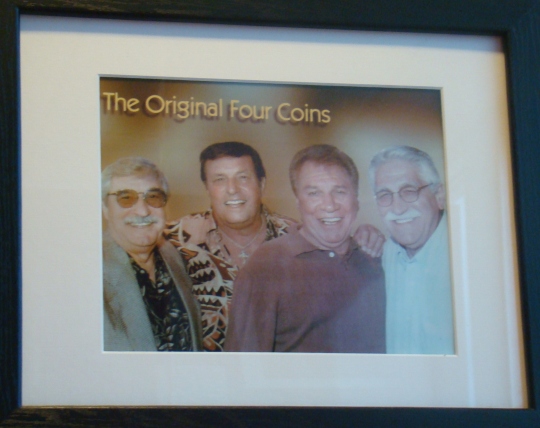 In 2003 the group reunited and continue to perform at Doo Wop shows around the country.

The Four Coins all grew up in Canonsburg as well. They formed a high school band and combined with Bobby Vinton to form the “Band of Tomorrow” orchestra. They were of Greek heritage and began singing as The Four Keys until they discovered that name was already being used by another group.

They were known for their great harmonies and Doo Wop sound. Their biggest hit was “Shangri-La”, which earned a gold record. They appeared on numerous television shows, movies and toured the world with song.

Perry Como received a Grammy Award and five Emmys. He has three stars on the Hollywood Walk of Fame.

Bronze busts of Perry Como and Bobby Vinton are situated within. They automatically play songs like “Catch a Falling Star” and “Roses are Red” when customers walk by. There’s a large number of memorabilia on the walls or in showcases donated by or purchased from local residents, collectors, and auctions.

Billboard Magazine called Bobby Vinton the “all-time most successful love singer of the Rock Era” from 1962 to 1972.

There’s so much interesting information that it might take several visits to enjoy it all. Check out the many photos, albums, yearbooks, clothing and instruments on display. They have discovered so much memorabilia that exhibits have to be rotated periodically. 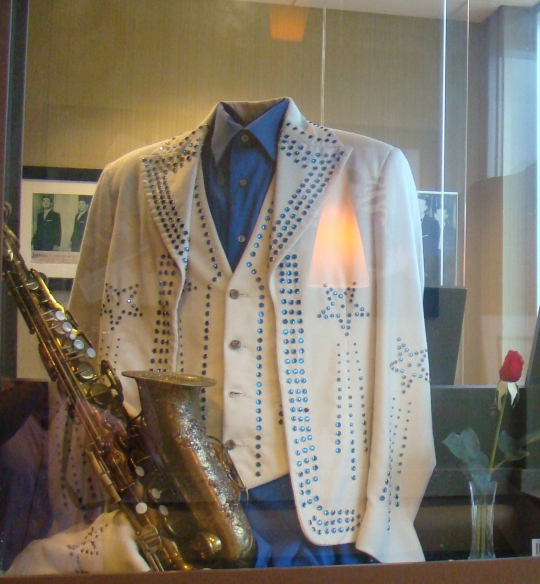 Bobby’s favorite tux is featured in an enclosed case along with his high school saxophone and a red rose.

This popular restaurant is located near I-79 so has a lot of traffic in their double-laned drive-thru. But you’ll want to head inside to view this special collection. It’s one of the few McDonald’s where after you place your order, they actually bring the food to your table.

Sit back and relax over a Big Mac and your favorite soft drink while checking out the memorabilia that will take you on a journey back in time.

McDonald’s in Canonsburg, Pennsylvania can be reached off I-79 at Exit 45 – PA 980/Canonsburg. You are sure to spot the McDonald’s sign off the interstate.  The restaurant is located at  100 Bobby Vinton Blvd.