Have a Hoppy Day on the Hopalong Cassidy Trail 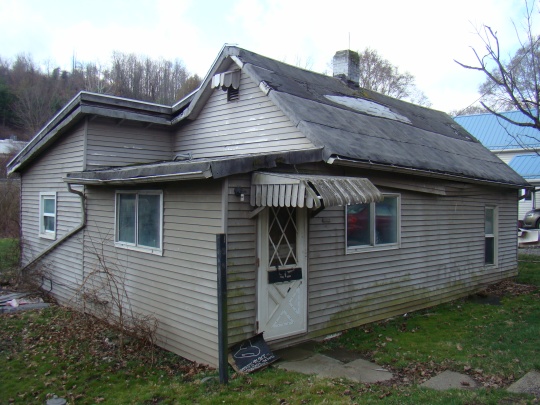 The Boyds’ old home in Hendrysburg is still standing today.

William Boyd began his life in 1895 in the small town of Hendrysburg at the edge of Belmont County. His parents moved to Cambridge when he was but a youngster. 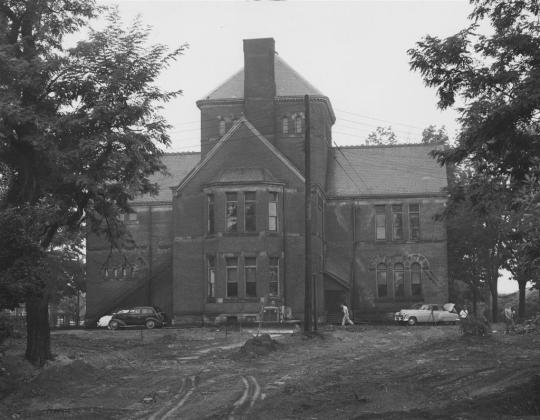 William Boyd attended East Side School in Cambridge until he was twelve.

Their home was on Steubenville Avenue and he walked to school at East Side School. William Boyd always referred to Cambridge as his “home”. 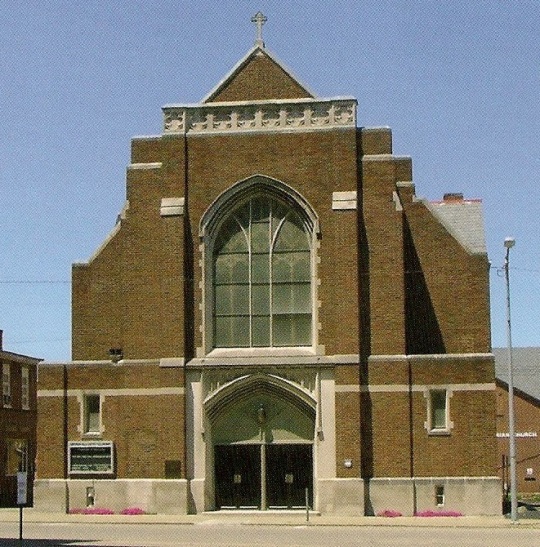 The Boyd family attended the Second Presbyterian Church on West 8th Street in Cambridge. Today that church is the Southern Hills Baptist Fellowship.

As a teenager, the family moved to Tulsa, Oklahoma where his father worked as a day laborer. When his father died in 1913, William moved to California where he did everything from an orange picker to a surveyor and auto salesman.

Because of his stunning good looks, charm and charisma, he soon became an extra in Hollywood movies. Cecil B. DeMille, who became his lifelong friend, arranged for Boyd’s first leading role in a silent film in 1918 at $25 per week. 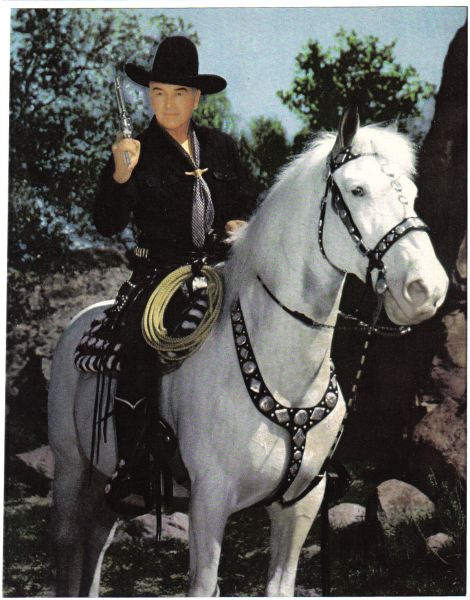 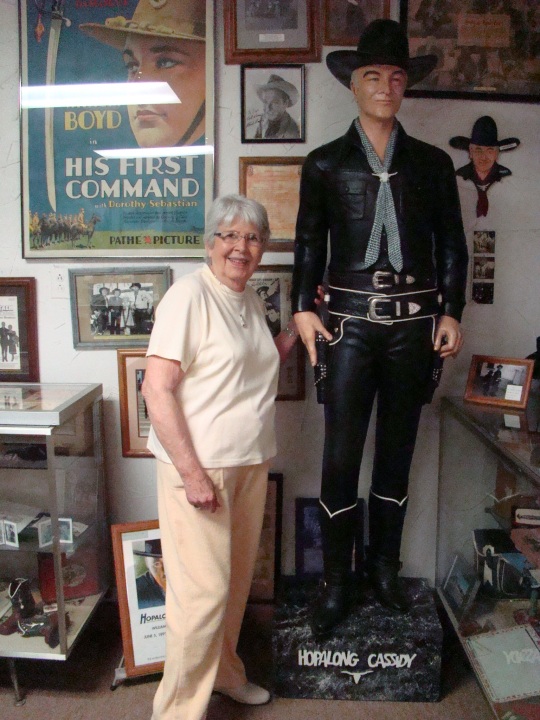 Laura stands alongside a life-size cutout of Hopalong in a room filled with his memorabilia.

For 25 years, Laura Bates, the best friend that Hoppy ever had, organized a Hoppy Festival each May to honor this hometown cowboy, who went on to be a movie and television star. She also displayed her vast collection of memorabilia at the Hopalong Cassidy Museum, which is no longer in existence. 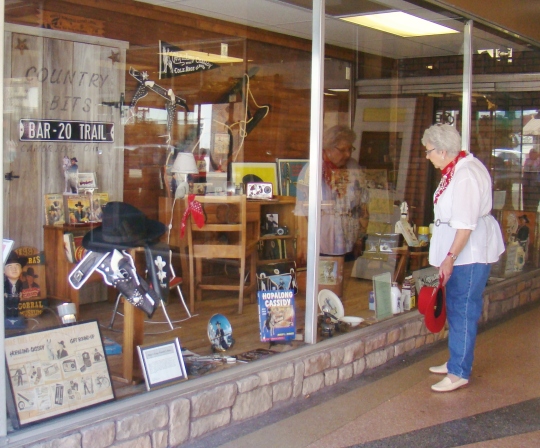 Laura Bates checks the display of her memorabilia in the window of Country Bits.

Today some of that memorabilia is on display in a window at Country Bits in downtown Cambridge on the corner of Wheeling Avenue and 7th Street and in a couple of other stores downtown. Look carefully in store windows and on building walls to find memories of Hoppy. 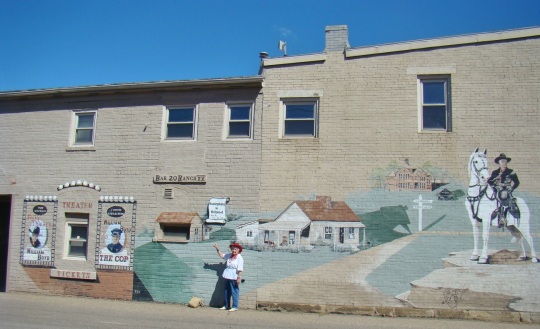 This mural by Sue Dodd captures Hoppy’s life from “Hendrysburg to Hollywood”.

As you enter Downtown Cambridge on Southgate Parkway, take a glance to the left to see a beautiful mural done by local artist, Sue Dodd. This depicts the life of William Boyd entitled “Hendrysburg to Hollywood” with accurate information and detailed pictures. 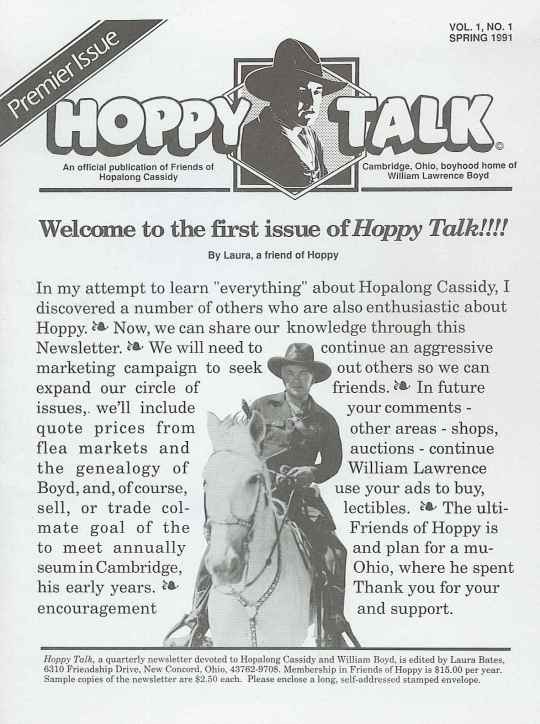 Laura shared this copy of the first edition of “Hoppy Talk”, which she wrote and distributed.

A great place to start your Hoppy Adventure would be the Guernsey County Senior Center where there is a bronze statue of Hopalong Cassidy. When the festival ended, Laura wanted to be sure his memory lived on in the area so with the help of many Hoppy friends, she raised funds to have a statue created. 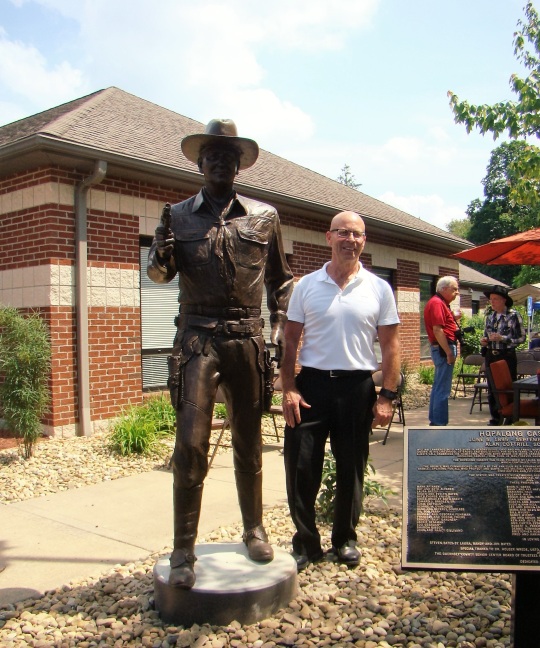 Alan Cottrill, the sculptor, stands beside the bronze statue he created of Hopalong Cassidy.

Wanting only the best, she contacted Alan Cottrill of Zanesville, whose statues appear around the world. Funds were raised and dedication of the statue took place in June 2016. Fans stop by often and if you’re lucky, you might find Laura Bates there to tell some Hoppy stories. 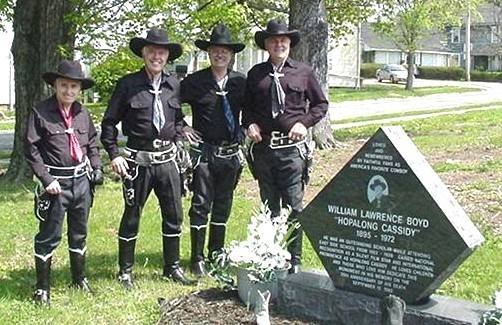 Hoppy look-alikes from Alabama, Ohio, California, and North Carolina proudly stand by a monument to Hopalong Cassidy on the grounds of his former elementary school.

At the corner of Wheeling Avenue and Highland Avenue, there is a monument dedicated in 1992 at the site of the school William Boyd attended. In the early 1900s, it was called East Side School, which later became Park School. When a new school was built there in 1956, William Boyd donated money for playground equipment. He always kept in touch with his hometown. 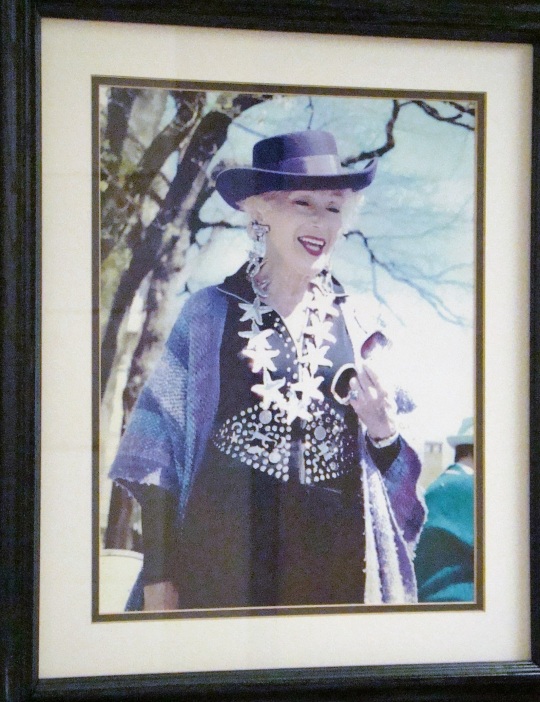 A picture of Grace Boyd, Hoppy’s wife, can be found at the Guernsey County Senior Center.

When Grace Boyd, Hoppy’s wife, came to the festival, she always made a stop at Park School. Children looked forward to her visit as the beautiful, charming lady had great stories to share. Her picture can still be found at the Guernsey County Senior Center.

If you look closely, you’ll also see little bits of Hoppy’s history in unexpected places. At the Christ Our Light Parish, there is an engraved brick on the patio in his memory. In Northwood Cemetery, there is a monument to his brother, Frances Marion Boyd, who was born in Cambridge June 13, 1906, and died December 29, 1906. 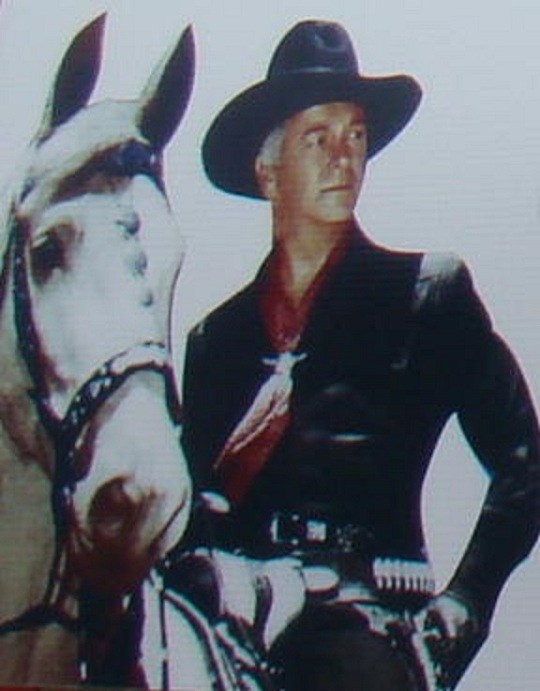 Thanks to Laura Bates and the Friends of Hoppy, the memory of William Boyd, best known as Hopalong Cassidy, will live on for generations in Cambridge.

Vane Scott Shares “The Many Faces of Old Glory”

Comments on: "Have a Hoppy Day on the Hopalong Cassidy Trail" (6)