Use your imagination with a tub filled with LEGO bricks.

Kids love LEGO bricks! There’s no doubt about it. They enjoy the creativity involved in designing their own building, vehicle, or person by using their imagination. Not only does it grab the interest of youngsters, but many dads and moms had their own collection of LEGO years ago. 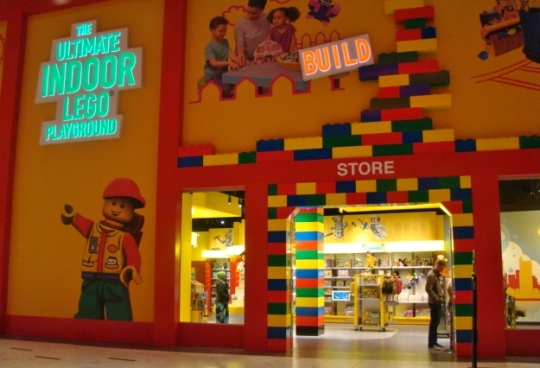 LEGOLAND Discovery Center can be found at Easton in Columbus.

Visit LEGOLAND Discovery Center at Easton in Columbus for a unique indoor attraction based on the LEGO bricks. Since it was specifically built for children ages 3-10, all adults must be accompanied by children. You’ll want to plan your visit so you have two to three hours at LEGOLAND, which was opened in September 2018.

With the assistance of a great guide, Benjy, my tour of the facility covered every aspect from building blocks to rides and movies. LEGOLAND is highly interactive in numerous areas. 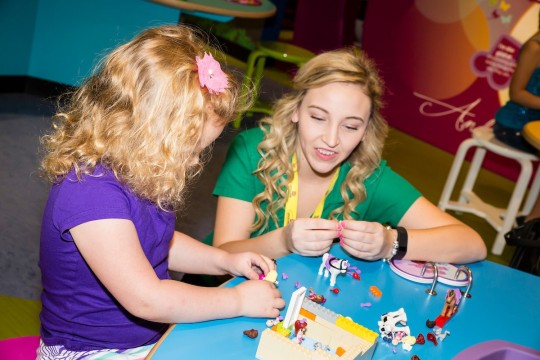 The Friends section holds a special interest to girls and moms.

LEGO began back in 1932 when a toymaker in Denmark began making wooden toys and blocks and called them “leg godt,” meaning “play well.” It wasn’t until 1958 that LEGO bricks were made out of plastic with their interlocking design so all would fit together easily. 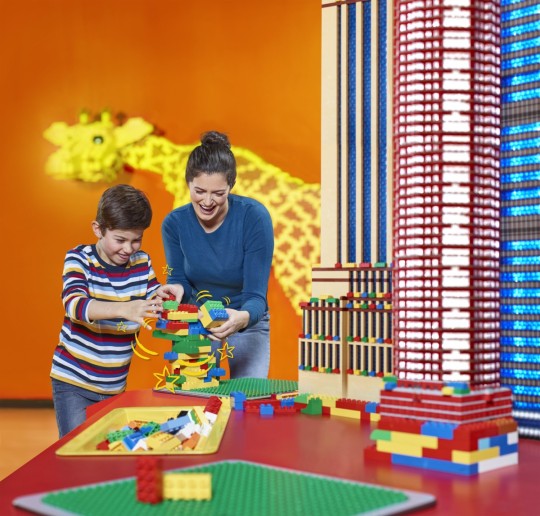 How tall can you build your tower before it falls at Earthquake Shake?

It would take forty billion LEGO bricks end to end to reach the moon. The company makes forty-seven billion bricks each year. A special addition in 1978 was the popular minifigure. Since that time there have been enough minifigures made to wrap around the earth eighteen times. 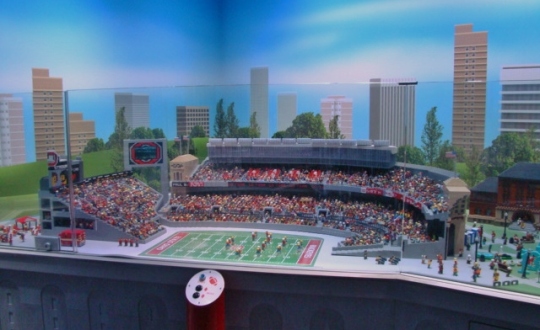 Miniland has an interactive section of the OSU Stadium built of LEGO bricks.

An interactive Miniland attracts adults as well as children. In Columbus, you will see parts of the city built with LEGO bricks. They also have highlights of Cleveland and Cincinnati. There are over a million and a half LEGO bricks in Miniland. Little details will have you exploring the sites carefully. 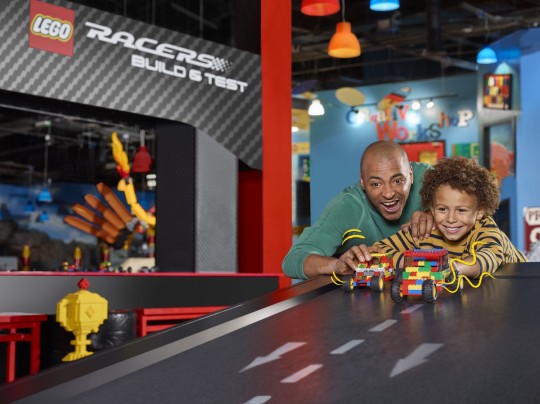 Families have fun building vehicles and racing them at Build and Test.

With all the children handling bricks, special attention is paid to cleaning and sterilizing the bricks on a daily basis. Anytime a brick is dropped on the floor, it is swept up and taken to the room for cleaning. At the end of the day, all the bricks that children play with are taken to the washroom where they are washed and sterilized. 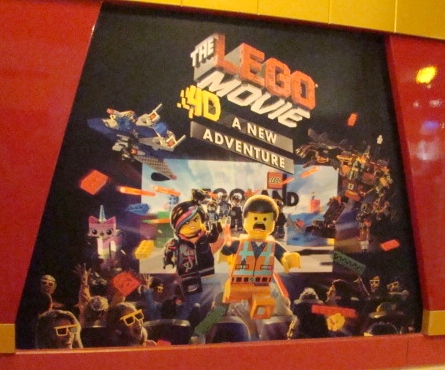 Everyone will enjoy a LEGO 4D Cinema adventure.

Want to take a break from building? Sit back and watch a fantastic LEGO 4D Cinema. Here you will experience rain, snow, wind, and bubbles while you watch the LEGO excitement. There are four different movies for your enjoyment. The 4D glasses are also disinfected after each use. 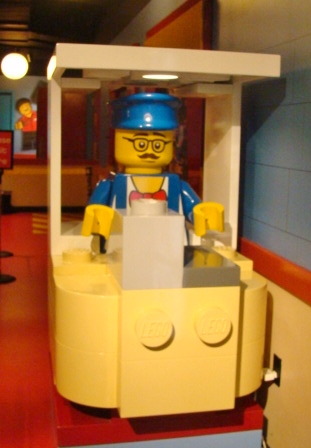 Even the ticket booth to the movies looks like a LEGO brick.

You won’t want to miss two rides that take you on LEGO adventures. Kingdom Quest takes you on a laser journey to free the captured princess. Hop aboard a chariot and use blasters to zap beastly trolls and sneaky skeletons along the way. Rescue the princess!

Merlin’s Apprentice Ride takes place in Merlin’s magical chamber. Here you pedal the enchanted cart as fast as you can to soar to new heights of up to 12′. Only the most powerful charms will reach the sky. 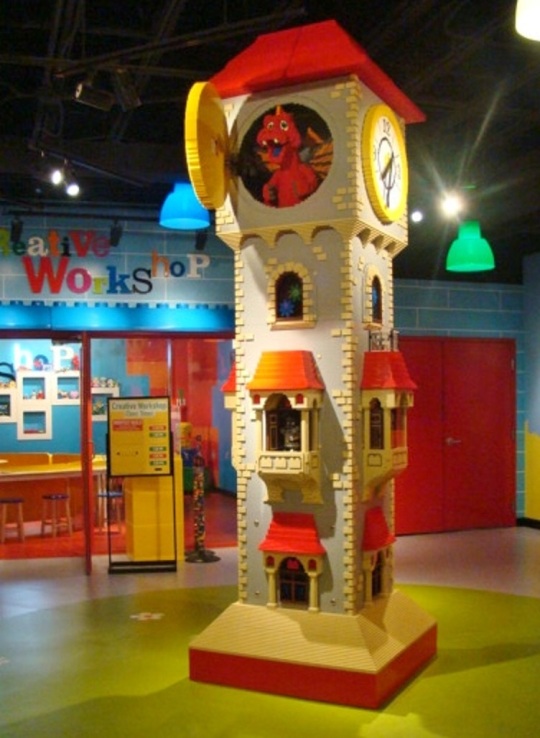 The dragon emerges every fifteen minutes from the LEGO clock to Rock Around the Clock.

Many special events are held throughout the year so check out their website at www.columbus.legolanddiscoverycenter.com to find all the activities. They even have special Adult Only Nights for grown-ups who always enjoyed LEGO bricks and would like a chance to be a kid again.

Visit LEGOLAND Discovery Center at Easton in Columbus to experience building and creating with LEGO bricks. There’s free parking close by in the West Garage.

LEGOLAND is the perfect place for a birthday party.

This is a great place for a birthday party or a school field trip and it’s open every day of the year – all 366 days this year! The children will certainly remember this unique indoor adventure.

Go inside and play!

LEGOLAND is located inside Easton Center just off I-270 at Exit 33. Their address is 157 Easton Town Center with free parking close by in West Garage. Put the address in your GPS and go play!