Step back in time at Dickens Victorian Village in Cambridge, Ohio during the months of November and December. The friendly small-town atmosphere will have you feeling like you’ve arrived in jolly old London during the late 1800s. Bus groups get special treatment during their visits and we usually have nearly fifty groups a year during that season.

While this article is basically for the tour groups, you will find many things here that make it a great place for a family weekend adventure.

As soon as a tour group arrives in Cambridge,  you will get that Victorian feeling. A costumed guide will step on your bus at the edge of town and stay with you throughout the day as they tell how Dickens Victorian Village began sixteen years ago.

Tour venues are very flexible as each group has particular interests. Most groups begin the day with a slow bus tour of six blocks of downtown Cambridge. During November and December, there is a Victorian scene under every lamppost in those six blocks. In 2021, there were 168 life-size mannequins in 96 different scenes.

The scenes are based on Charles Dickens’s “A Christmas Carol” and also scenes from London during Dickens’ time. Each scene has a brass plaque attached, which explains its connection to that time in history.

Along the way, almost every bus group stops at Kennedy’s Bakery, a hometown favorite that has been in business since 1925. Three generations of the Kennedy family have created the same tasty pastries year after year. Bus groups stop back again and again.

If you arrive in the morning, Mosser Glass provides an interesting stop as they are still making glass on site. Watch them create some beautiful glass pieces. Cher purchases turkey candy dishes here each year for her guests at Thanksgiving dinner. They have even provided beautiful glass Easter eggs to the White House. Their showroom is outstanding.

Down the street, the bus will have a coned off place to park near our Dickens Welcome Center. Here Father Christmas will greet the bus. Volunteers at the Welcome Center will talk about how the figures are made and encourage you to dress in Victorian clothes at Imagination Station. Have your picture taken for a fond memory with a beautiful Christmas tree or the figure of Charles Dickens himself.

Several unique shops help make this stop a pleasure for those who enjoy shopping.  Find a unique gift for yourself or a friend from several shops which include locally made articles.

Of course, lunch is always an important stop of the day. Three local restaurants have delicious buffets that are only prepared for bus tours. Take your choice of Francis Family Restaurant, Lee’s, or Theo’s for a buffet that will leave you satisfied.

Some wish to have an upscale lunch or dinner and choose to have dinner with Queen Victoria at the Cambridge Country Club where she tells about her life growing up in London from childhood to adult.

Several museums give a great place to spend a couple of hours. Cambridge Glass Museum greets you with ladies dressed in Victorian costumes and tells you of Christmas at the Glasshouse. They will give you many hands-on activities to keep your group smiling.

Another possibility is the Guernsey County Museum where you can meet Coal Miner Dave, who tells of those early years in the county.  At the same place, you will discover a one-room classroom and a teacher who will give you a lesson and perhaps even a test. Those are highlights of a museum packed with historic pieces.

You might prefer having afternoon tea at one of our local churches. They will provide a short program of music and information before serving tea, scones, and cookies.

We always end the day with the Holiday Courthouse Light Show, which has over 65,000 lights synchronized to holiday music. An entire hour is different! The show starts every evening from Nov. 1 – Dec. 31 from 5:30 – 9:00. You can even watch it from the coach.

These are just a few ideas you might include in your trip to Dickens Victorian Village. If you would like to learn more please contact me at DickensGroupTours@gmail.com for additional places to visit. 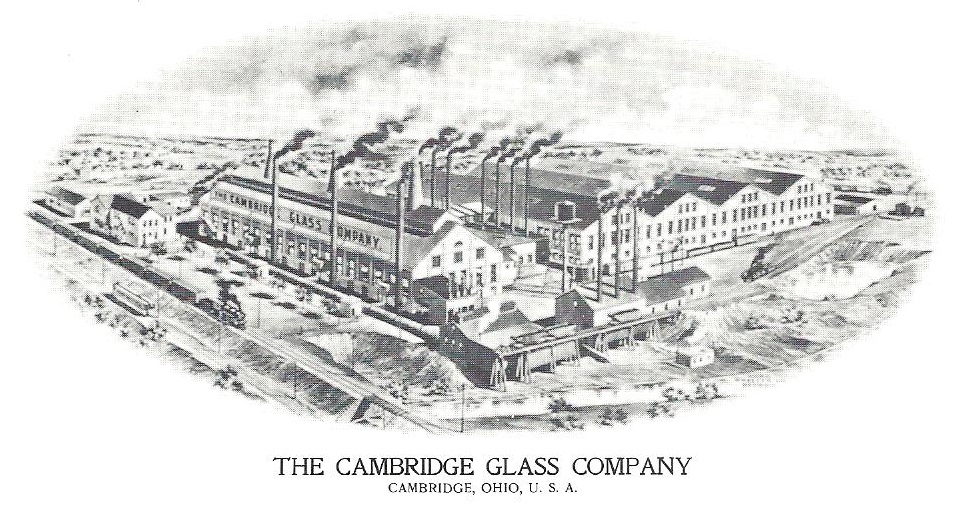 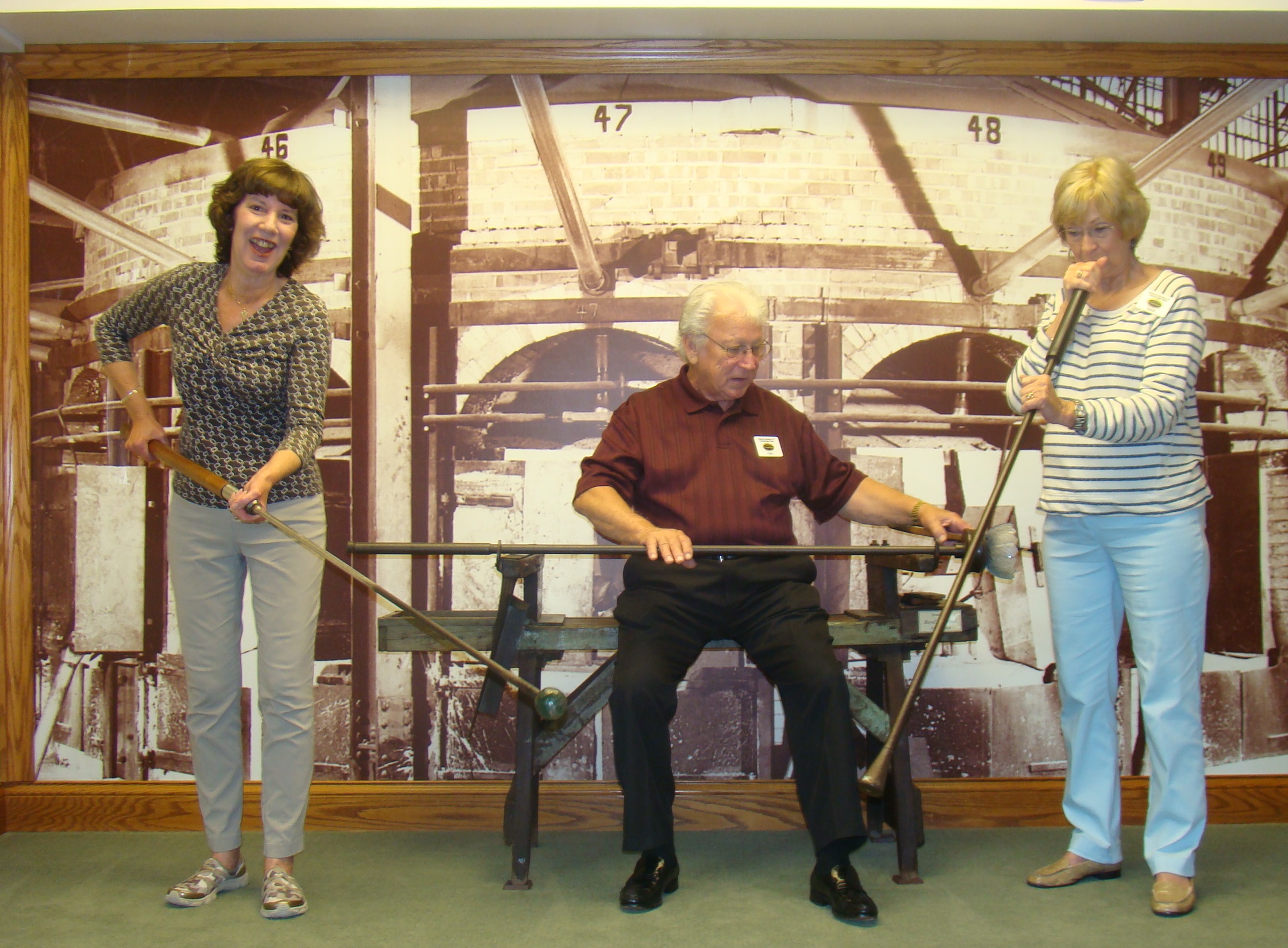 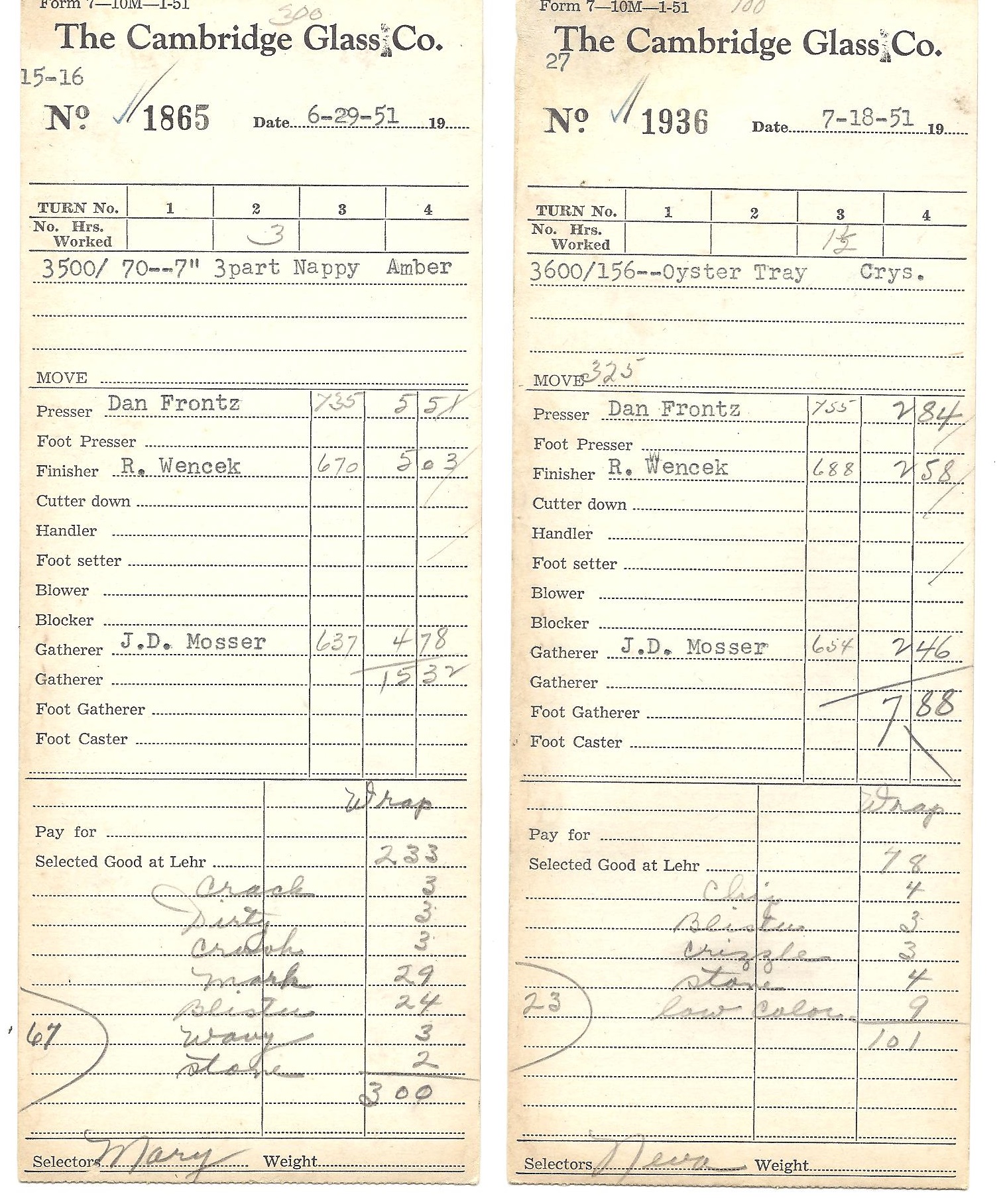 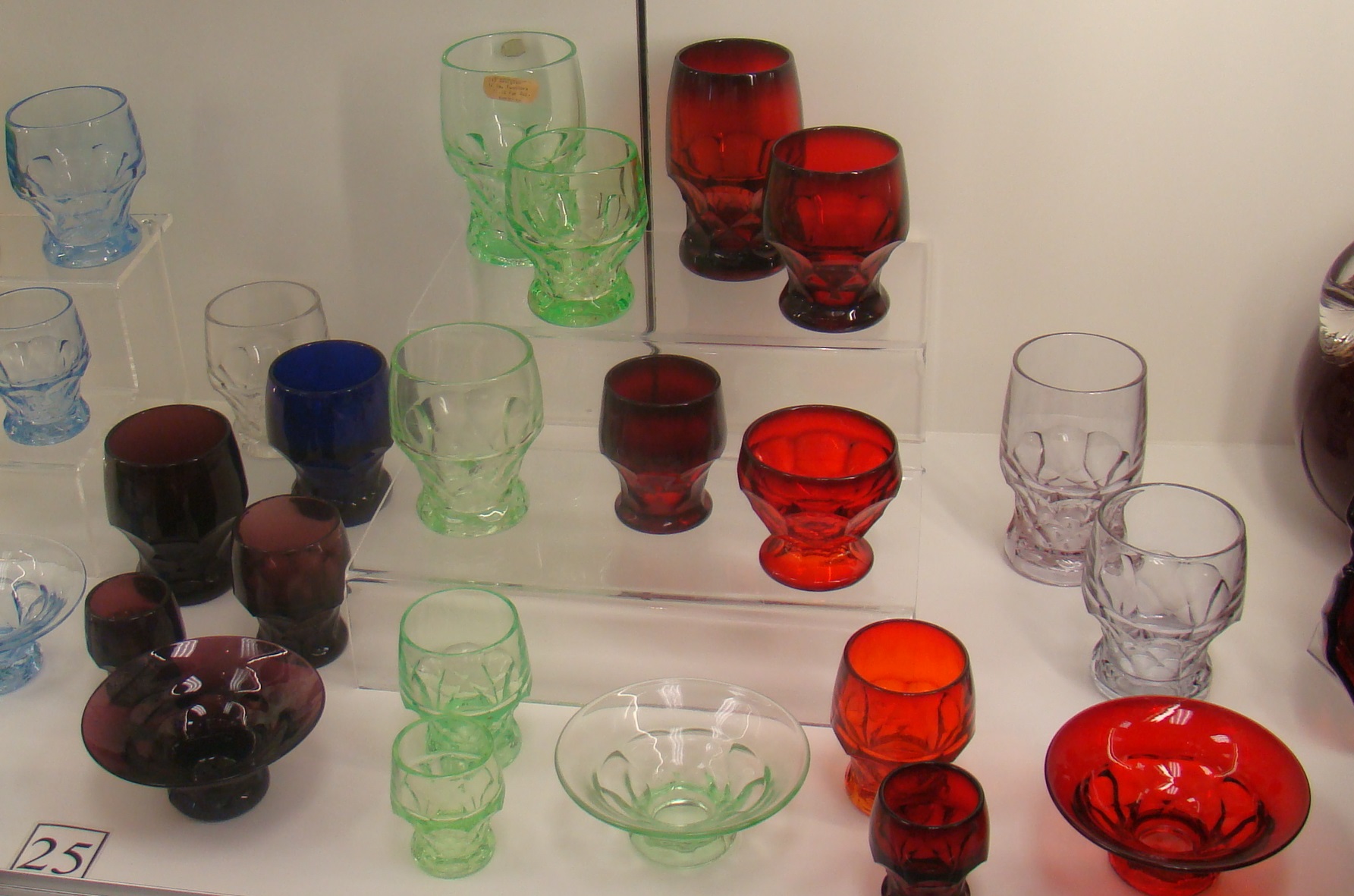 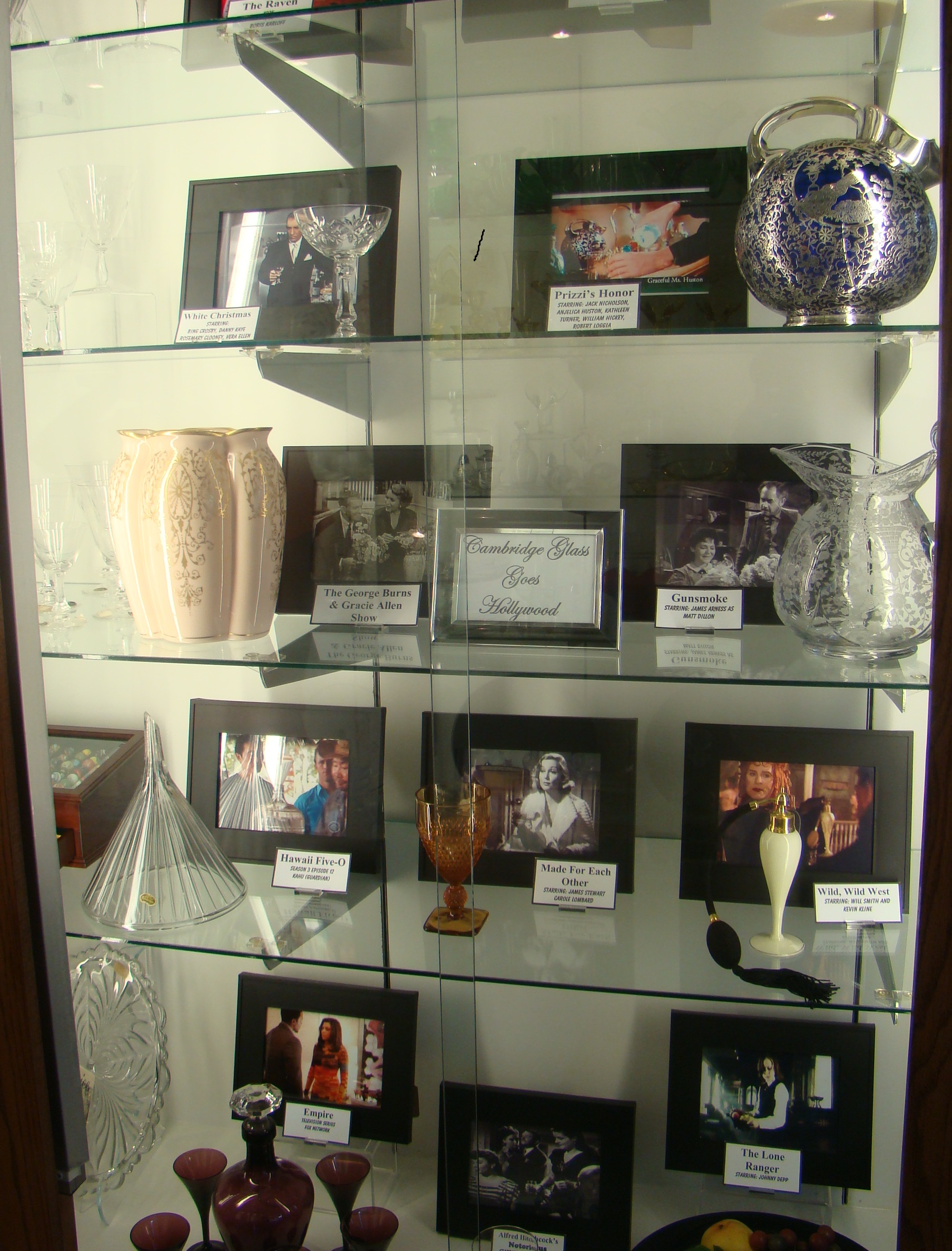 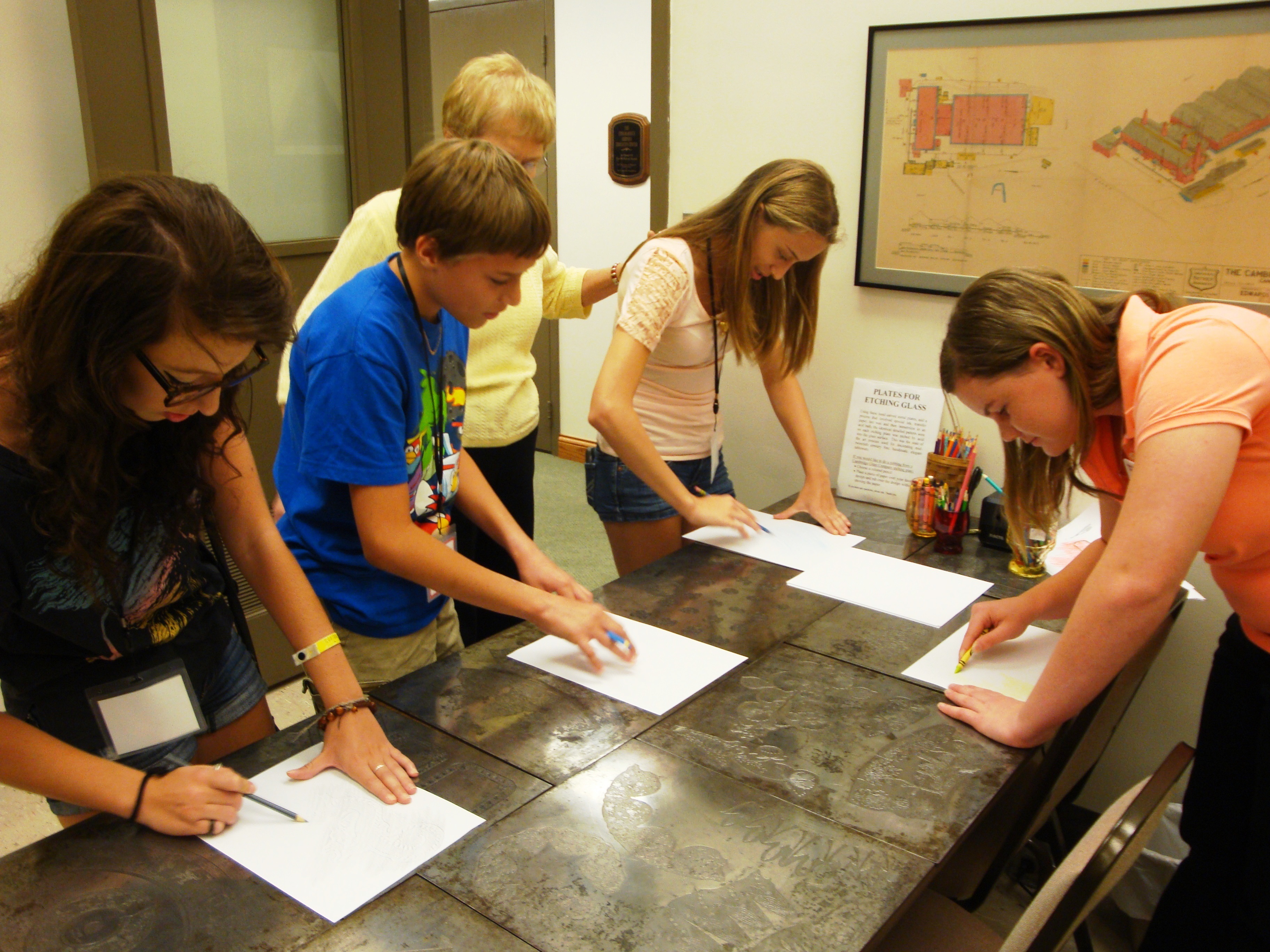 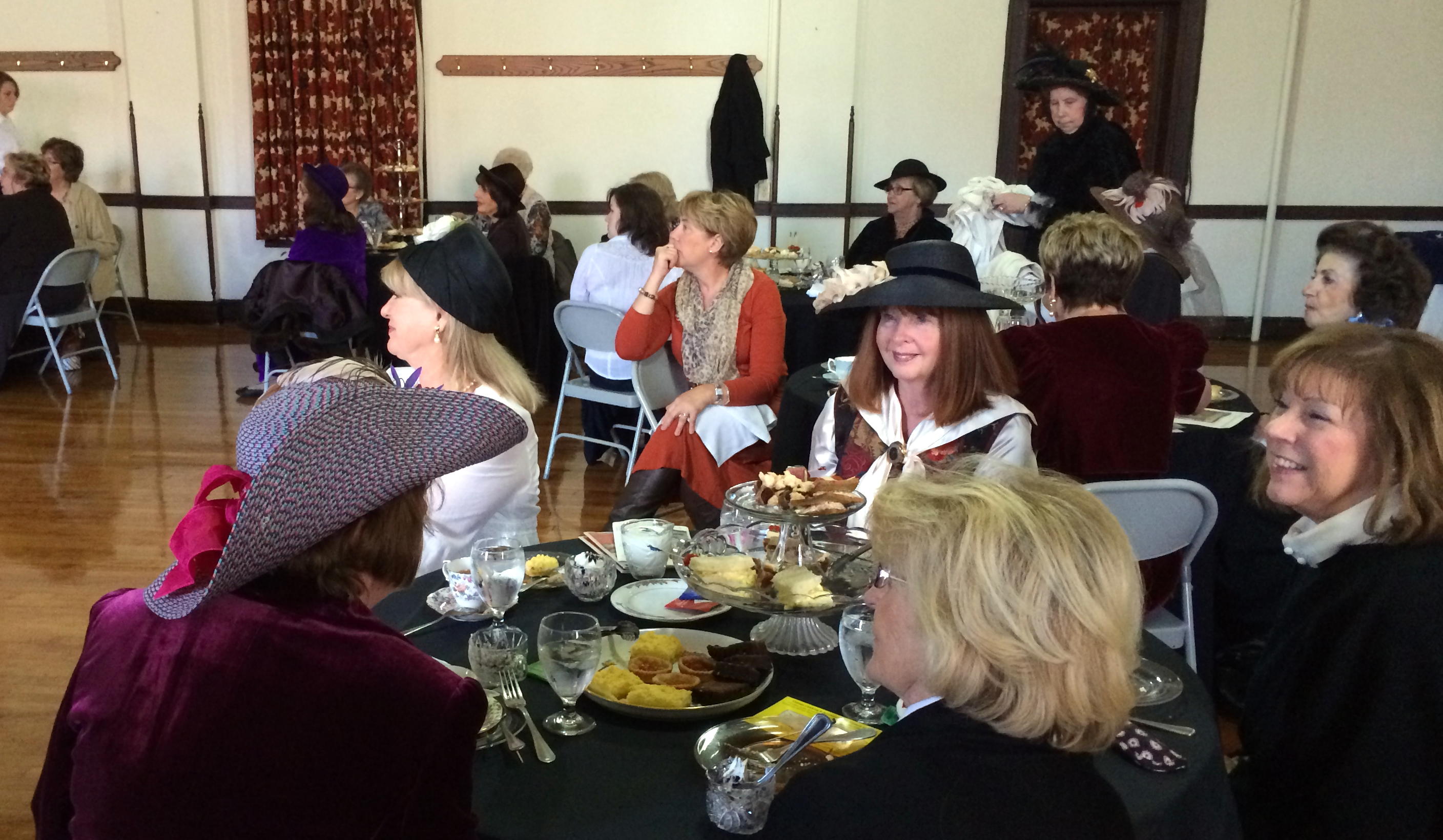 The pleasure and eloquence of merry olde England will appear in historic downtown Cambridge, Ohio during the 9th season of Dickens Victorian Village. Fans of Downton Abbey will be especially pleased during the first weekend of Nov 1 – 2 with Desperate for Downton events, including etiquette instruction, a tea party, and fashion show. 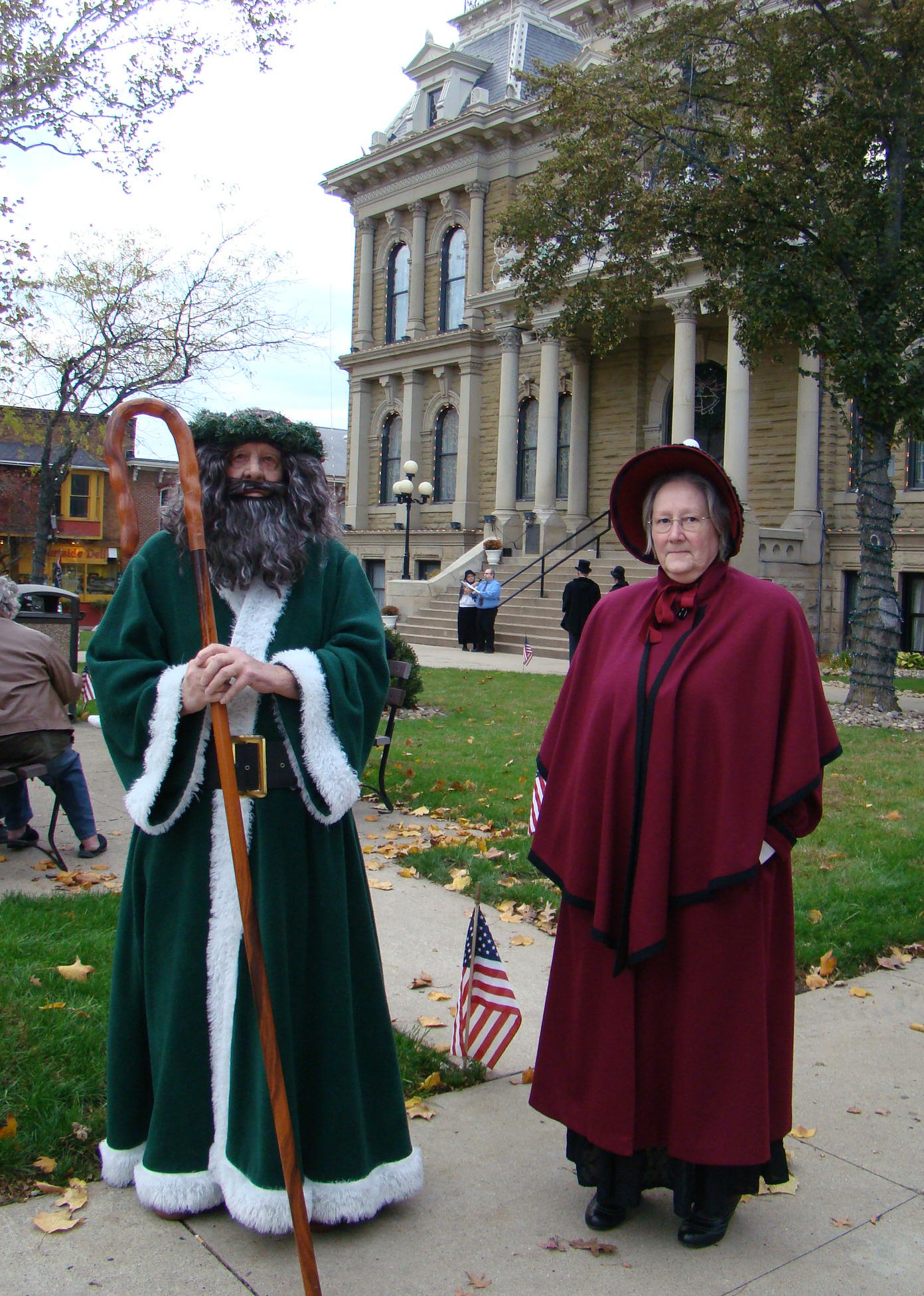 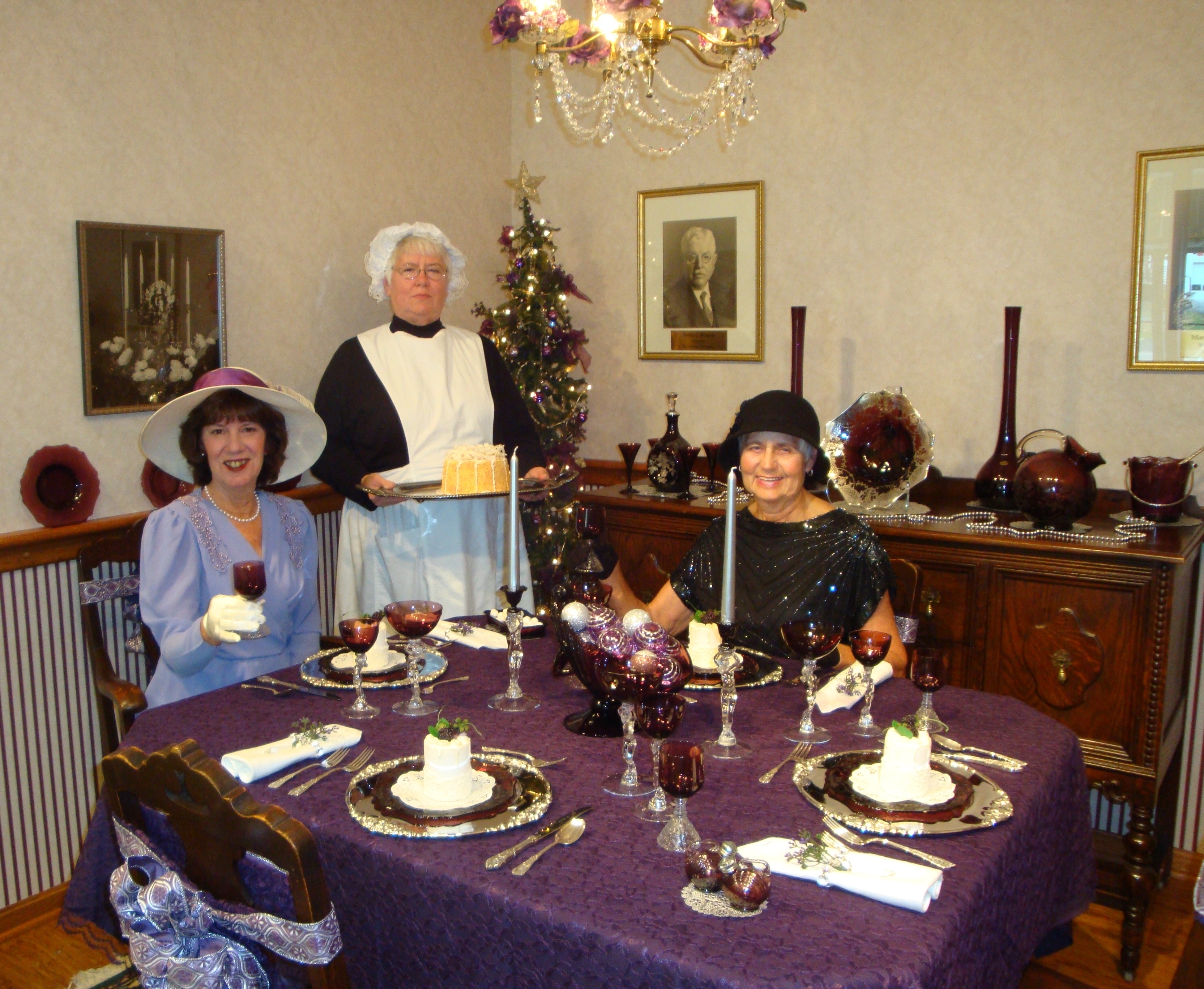 A touch of old Victorian England presents itself through this special Desperate for Downton weekend. Begin with an etiquette class that will have you eating prim and proper for the rest of the holiday season. The National Museum of Cambridge Glass prepares an opulent location for this learning experience, as well as a feast for the eyes with their elegant table setting. Learn proper etiquette, then meander through the aisles of the glittering Cambridge Glass Museum.

Join in the fun of a Downton Abbey Painting Party  in the Dickens Welcome Center and Curiosity Shop located at 745 Steubenville Avenue. Try your hand at painting a Victorian style picture that is likely to become a treasured memory. Cost is $15 per person with all materials furnished. 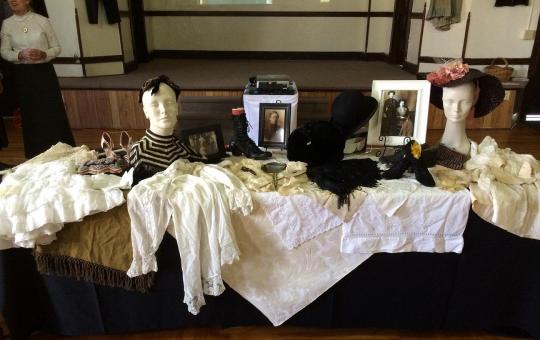 The highlight of this Desperate for Downton weekend happens during the Downton Abbey Tea and Fashion Show. Spend an autumn afternoon at a delightful Victorian tea party in the breathtaking Masonic ballroom at 730 Wheeling Avenue. Classic Faire’s dainty delights on each tea tower will stimulate the taste buds, while The Alley Vintage and Costume Store will present the amazing trim styles of period fashions.

Get in the spirit of the day. Dress in your finest dress, hat and gloves in either historic or contemporary style and spend a charming afternoon for $30 per person. Even those who entertain on Downton Abbey would feel at home during this event. 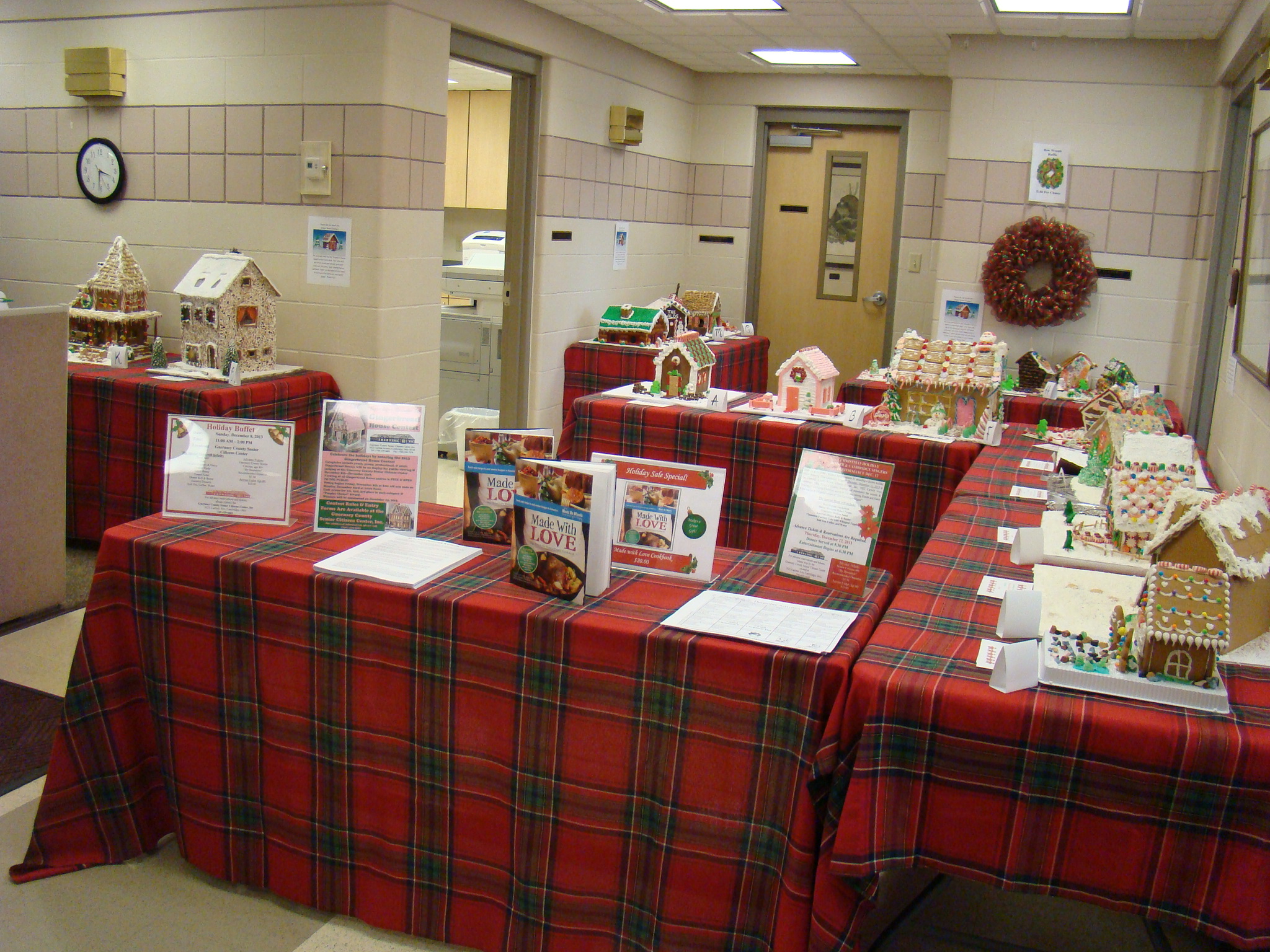 Learn how to decorate your own Gingerbread House.

If perhaps you aren’t in the mood for tea and fashion, Sunday afternoon at 1:00 there will also be a Family Fun Gingerbread Decorating class at the Guernsey County Senior Center at 1022 Carlisle Avenue. Parents and children have the opportunity to join forces and create a special gingerbread house. 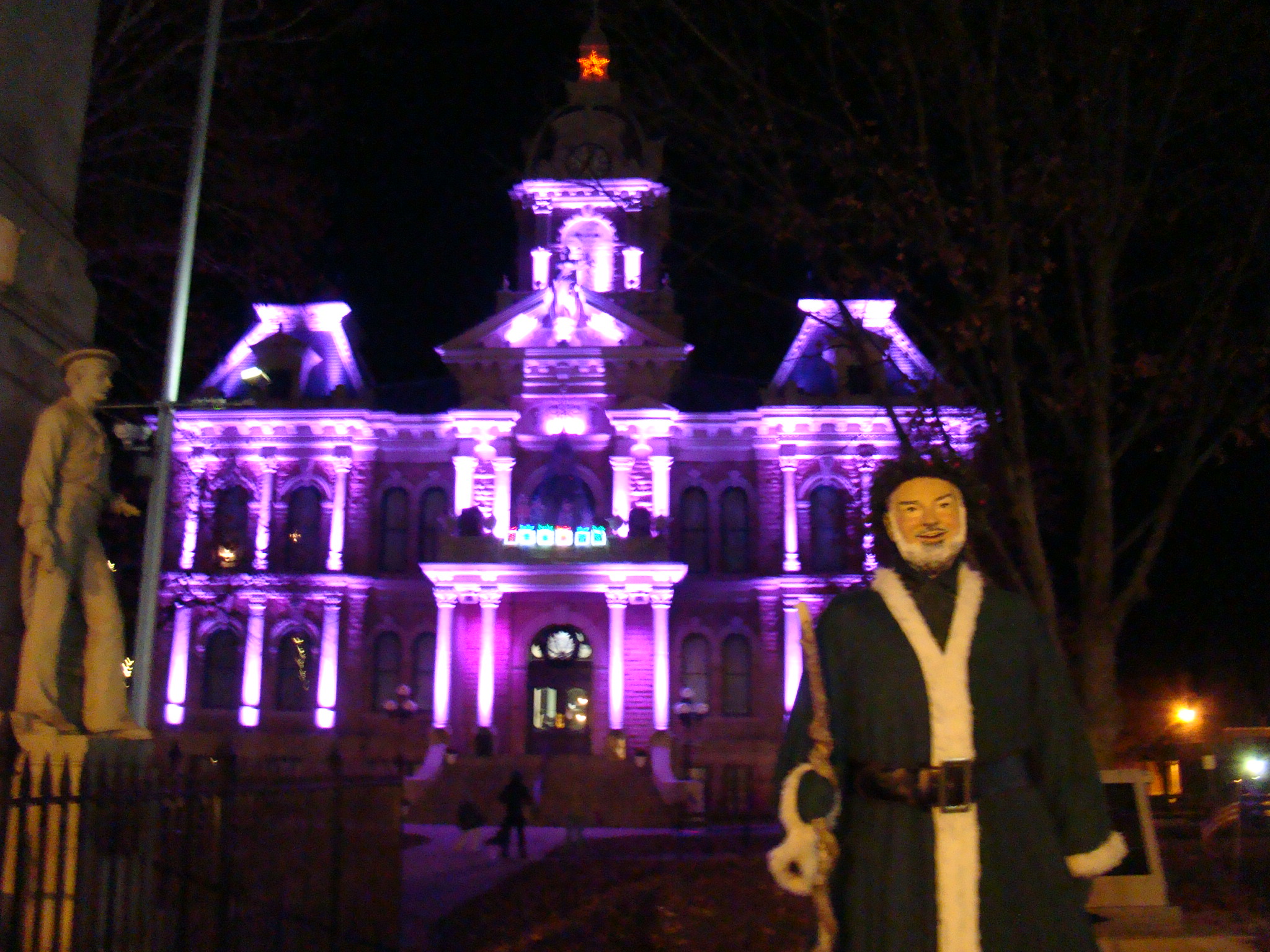 Come join in the fun!

Cambridge, Ohio is located at the crossroads of I-70 and I-77. Follow old Route 40, the National Trail, as it leads right through downtown Cambridge where you will see Dickens Victorian Village.