Mr. C at the height of his career.

Small towns love their heroes, especially when they’re a big star like Perry Como. Canonsburg, PA has never forgotten Perry Como, although the younger generation might not be familiar with his name. 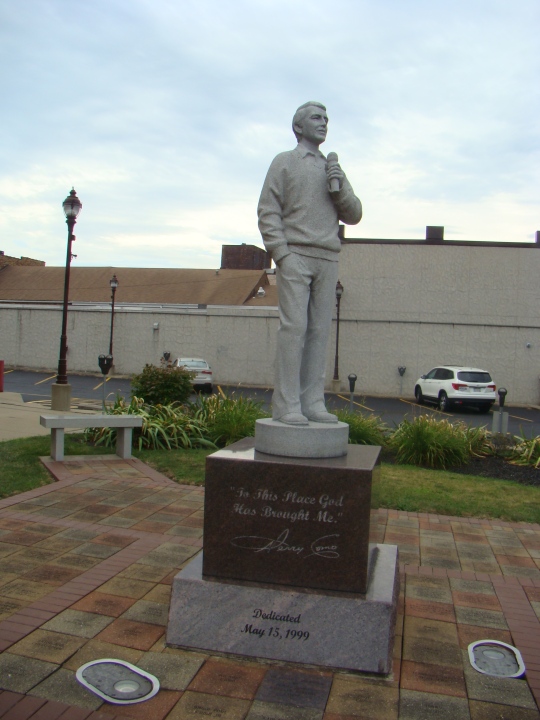 This statue of Perry Como can be found at City Hall in Canonsburg.

At the center of town in front of their City Hall, you’ll find a statue of Perry Como. When it was placed there it sang 24/7 but now it just sings sporadically. Como is dressed casually in his traditional style with slacks and sweater. Just down the street, you’ll find a two million dollar McDonald’s packed with memorabilia from locals who went on to stardom.

Coming from a large family of ten children, Como was the first to be born in America to his immigrant parents, Pietro and Lucia Como.  He never spoke English until he was in first grade because his parents only spoke their native Italian at home.

Italians love music so his father purchased an organ for $3 for their home. By the time Perry was three years old, he could play songs on the organ by ear. Pietro had all of his ten children take music lessons even if he could barely afford them since he made a living by working in the mill.

This picture of the young Perry as a barber was found at McDonald’s.

By the age of ten, young Perry tried to help his family by working after school at Steve Fragapane’s barbershop for fifty cents a week.  By thirteen, he had his own chair at the barbershop even though he had to stand on a box to cut people’s hair.

This is the church the Comos were said to have attended.

At the same time, Perry played trombone in the town’s brass band, played guitar, sang at weddings and was an organist at church. He also was a member of the Canonsburg Italian Band. Throughout his career, “Ava Maria” was his most requested song.

When he was fourteen, his father had a severe heart condition, and Perry opened his own barbershop.  His goal was to be the best barber in Canonsburg. When customers would marry, they would use every treatment Perry had available in his shop while he sang romantic songs to entertain them. 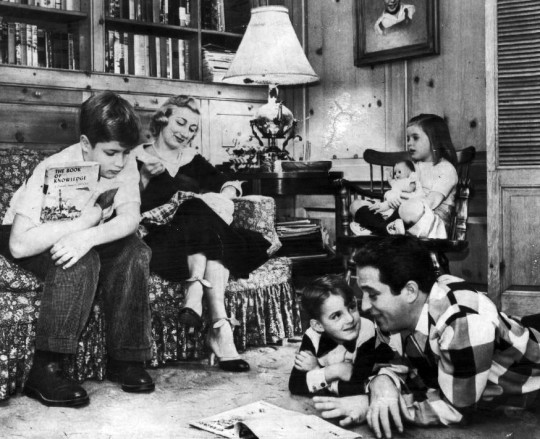 This picture of the Como family at home shows a happy family.

By the time he was twenty, he moved to work in his uncle’s barbershop at Meadville, PA, which was not too far from Cleveland. He went with friends to the Silver Slipper Ballroom, where they asked if anyone would like to come up on stage and perform. His friends urged him to try and director Freddy Carlone offered Perry a contract on the spot.

But he wanted to talk it over with his father first. Since his father was an amateur baritone, he told Perry to take the chance or he would never know if he could be a professional singer or not. Financially, this was not a good move as his barbershop earned him $125 a week while the singing contract was for $28 a week.

This young Perry Como is pictured when he joined Ted Weem’s Orchestra.

He received his big break in the 1930s on a popular radio show, Beat the Band. His first recording with Ted Weem’s Orchestra on this show was the song, “You Can’t Pull the Wool Over My Eyes”.

A bronze bust of Mr. C can be found at Canonsburg’s McDonald’s.

In 1943, he signed with RCA Victor and remained with them throughout his career. While in Canonsburg, a stop at McDonald’s is also a ‘star’ event. Here you will find memories of local stars including Perry Como, Bobby Vinton, and The Four Coins. When you pass by Mr. C’s bust,  “Catch a Falling Star” will automatically start playing. 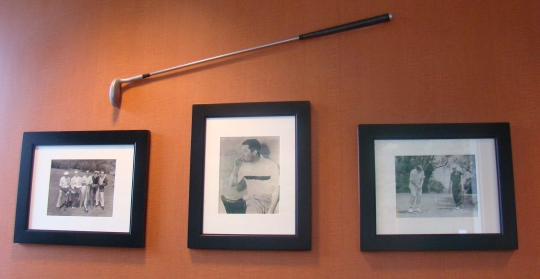 Pictures of Perry Como and his love for golf can be found at McDonald’s.

Perry Como loved the game of golf and in 1955 was Golfing Champion of the Garden City Golfing Club in New York. MacGregor even has a Perry Como Putter. When he wasn’t with his family or working, Perry was on the golf course enjoying his favorite hobby and passion.

Inside the front door of McDonald’s, you will find this list of songs made popular by Canonsburg artists.

Mr. C, as he was nicknamed, sold millions of records and had his own television show. Canonsburg keeps his memory alive through the statue erected in 1999 and McDonald’s memorabilia. If you’re ever in the area and enjoy hearing about the stars, Canonsburg is the place!

Canonsburg, Pennsylvania is located off I-79 at Exit 45 – PA 980/ Canonsburg. Watch for signs to direct you to the various attractions.