Marx Toy Museum has been in Moundsville, WV for fifteen years. 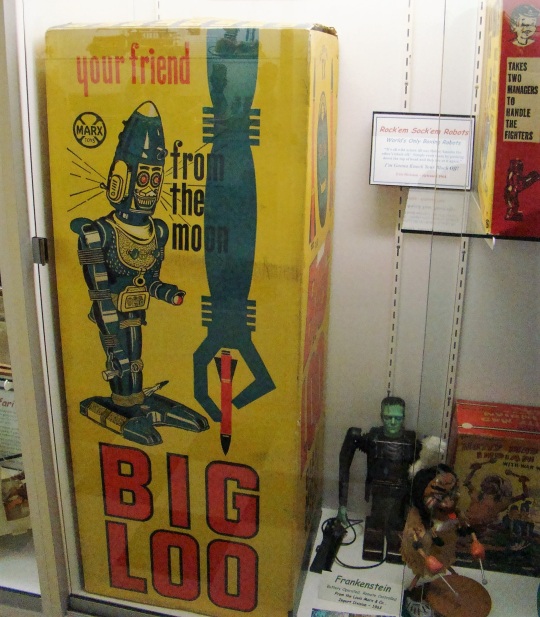 Big Loo, the robot, is the only known one in its original box. This 1963 robot can shoot darts, squirt water and even talk.

Back in 1986, Francis began buying and selling Marx toys. Why Marx? Because many of the toys were made up the river at the Marx factory in Glen Dale, West Virginia from 1934-1980. There were also two plants in Pennsylvania. Over the years, they made everything from dollhouses to ride-on toys.

The plant in Glen Dale was the largest toy factory under one roof in the world for many years. Formerly, this location housed an airplane factory, Fokker Airplanes, who built the trimotor, Josephine Ford, flown by Commander Richard Byrd over the North Pole in 1927.

August 4, 1927 was a big day for the Fokker air strip in Glen Dale. That was the day that Charles Lindbergh, famous American aviator and explorer, landed there in his Ford Tri-Motor airplane. Over 140,000 came out to see this famed aviator.

This Colonial Dollhouse in its original box would have been quite the gift.

Francis is passionate about finding choice Marx toys from all over the world. When describing his extensive toy collection, his voice showed pride and enthusiasm. “All the toys in the museum are in their original condition. Nothing has been repaired or repainted.” He has no favorites as likes them all, and enjoys demonstrating them since they still work quite well. 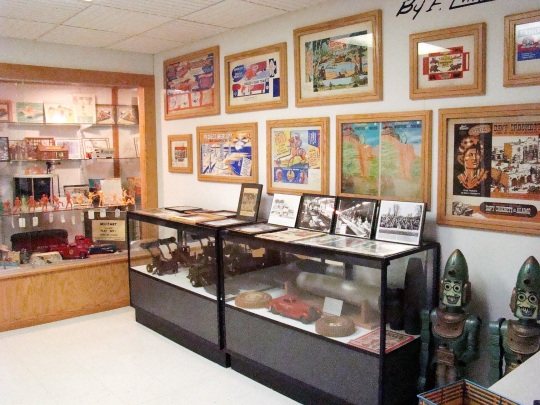 Tour groups always stop at the museum when in the Moundsville area. Francis recalled, “Visitors love the museum. There are a lot of memories here. It’s a piece of history.” People frequently shed a few tears as one of the toys brings back a memory of a gift they received as a child. This museum is packed with room after room of memories.

Francis likes to use his Toy Chest to show visitors some of the oldest Marx toys. Pinocchio the Acrobat is 76 years old, while Marvel the Monkey is 80 years old. Francis holds the famous Climbing Monkey.

Louis Marx began working in 1912 at the age of sixteen in the office of toymaker Strauss, before Marx served in WWI.  In 1916, that company went bankrupt and Marx took one of their popular items, Zippo  the Climbing Monkey, and tweaked it just slightly to start his own business and make millions from this one toy. 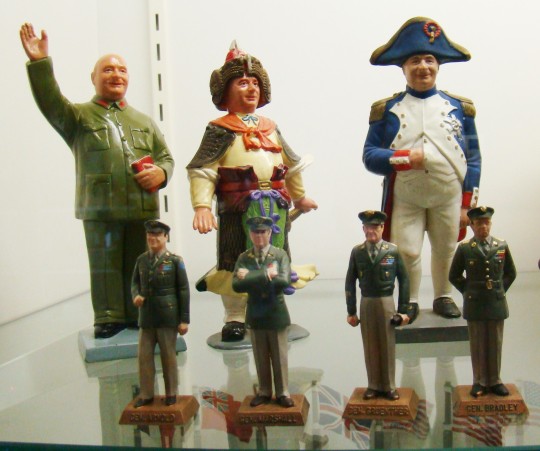 Marx always had a passion for the military so made these famous figures in his own image: Commander Mao, Genghis Khan, and Napoleon.

Marx was the Henry Ford of toy-making as he wanted toys that everyone could afford. All the early toys were made of metal until WWII, when metal was needed for the military. Then it became necessary to find an alternative, and plastic seemed to be the best choice.

Over the years, Louis Marx earned the name, “King of Toy Makers”, throughout the world. His toys were not only creative, but of high quality. In 1955, one of every three toys made in America was made by Louis Marx & Co.

A display of Brad Paisley’s toys shows his Big Wheel on the top. Francis said Brad used the Big Wheel most of the time, but drove the 727 Marx Jet when in a hurry.

The most popular toy ever sold was the Marx Big Wheel back in 1960. Disney even had Mickey Mouse riding Big Wheel. At the peak of its popularity, three assembly lines ran 24 hours a day at the Glen Dale plant, and made 9,000 Big Wheels each day. Brad Paisley’s Big Wheel is on display, since he grew up in Glen Dale and participated in the Big Wheel races there 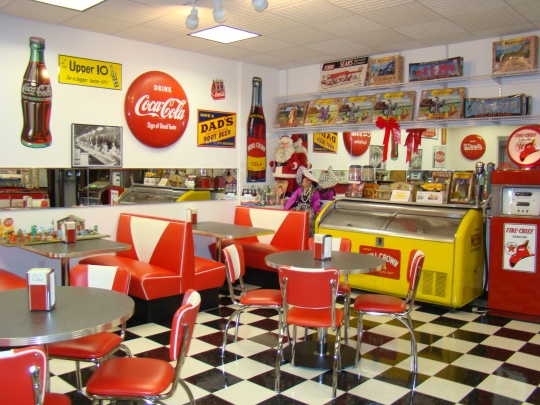 This vintage 1950s dining area provides a great place to relax while having a Coke and some popcorn as you watch old television commercials from that era.

Plans for the future include a virtual website of Marx toys with the intention of preserving the history of Marx around the world. Francis and his son, Jason, also plan to have traveling toy exhibits of the most popular Marx toys. These displays will be available to museums throughout the country, where Francis will be able to share his toys with more people than ever. Their goal is to keep Marx history alive.

Everyone will find something to enjoy at the Marx Toy Museum. It definitely brought back many memories of my childhood and that of my sons. Better hurry down and see this great collection before it closes at the end of June, 2016. Step back into The Toyland of Yesteryear.

Visit Marx Toy Museum at 915 Second Street in Moundsville, WV or at their website: http://www.marxtoymuseum.com for continued information about Marx toys.