If you’ve ever had a fondness for the music of Elvis Presley, you’re certain to be entertained by the voice of Jack Marlin, who sounds remarkably like the King of Rock and Roll. His easy-going manner and rich, smooth voice make him a crowd-pleaser.

A young Jack Marlin performs in the backyard.

Singing has been something Jack has enjoyed since high school in St. Clairsville, where he sang in the school and church choirs. Over the years, he has sung country, gospel and Elvis music. Today, the Elvis style and songs are what he prefers performing. 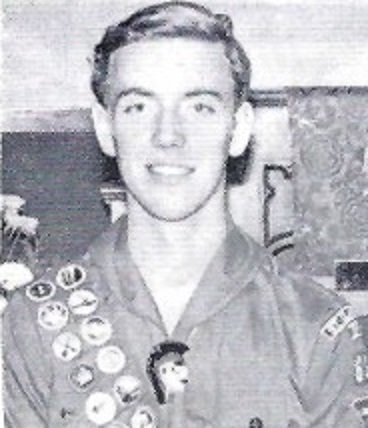 As a teen, Jack earned his Eagle Scout award and sang at that presentation.

As a young man, Jack admired the music of Elvis, his favorite entertainer, played his 8 tracks and tried to mimic his style and voice. He decided to conquer one song at a time and the first Elvis song learned was “Amazing Grace.” Determination set in as he then learned those popular favorites “Blue Suede Shoes” and “All Shook Up.”

An Elvis song is always popular at the Cambridge City Band concerts.

This is a caring man who began his public singing by going to nursing homes and cheering the residents. He’s even been known to go to the home of a true Elvis fan when they were very sick just to boost their spirit. Smiles and tears from those in attendance made Jack’s voice quiver.

Jack, pictured with his daughters, opened for Billy “Crash” Craddock at the Secrest Auditorium in Zanesville.

While Jack lives in Cambridge these days, he has performed at so many musical performances it would be impossible to list them all. Some of the ones he remembers best include opening for Nashville names like Ronna Reeves, Connie Smith, and Billy “Crash” Craddock. Singing on a Caribbean Cruise at their piano bar was fun for Jack and the passengers.

Jack has even performed with the Blackwood Quartet in Pigeon Forge, TN. Also, he’s had the pleasure of singing at the Capitol Music Hall in Wheeling, WV where it was broadcast on WWVA radio. While performing at fairs and festivals all over the area, he admitted, “I like the local places better.” 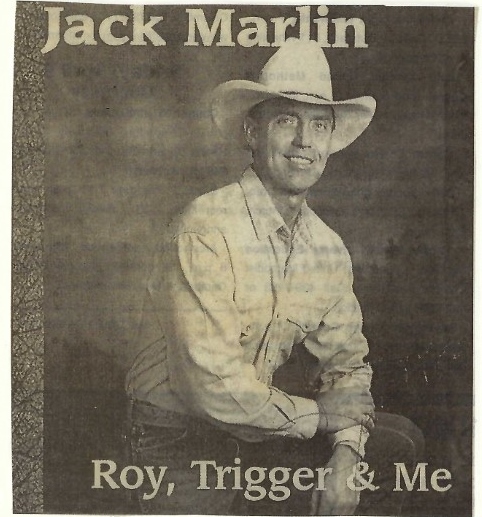 His recording of “Roy, Trigger, and Me” was a popular song at cowboy festivals.

A single released entitled “Roy, Trigger and Me”, written by Julie Bell of Byesville, was encouraged by the late Howard Cherry. Howard, being a great Roy Rogers fan, took Jack along to the festivals celebrating Roy Rogers, Gene Autry, and Hopalong Cassidy. Jack recalls singing the song at Park School during Hoppy Days when Hoppy’s wife, Grace Boyd, was in attendance.

In the early years, Jack always dressed as Elvis when performing. One of his suits was made locally by Hallie Ray at the Stitchin’ Post. Today his suit from Las Vegas hangs in the closet except on very special occasions. While it was fun to dress as Elvis, his main goal has always been to sound like Elvis.

One special time happened down in Portsmouth when the Roy Rogers Festival was in full swing. They put Jack, aka Elvis, in a big white limo and dropped him off at the town square where he entertained the crowd with popular Elvis hits while dressed in a bejeweled white jumpsuit.

Jack performs for parties and reunions as well as at concerts.

His favorite Elvis song is the one that Elvis frequently ended his concerts with, “American Trilogy.” The older Jack gets, the more emotional he becomes when singing this song. Elvis sang a lot of gospel songs, too, and those are something Jack really enjoys. 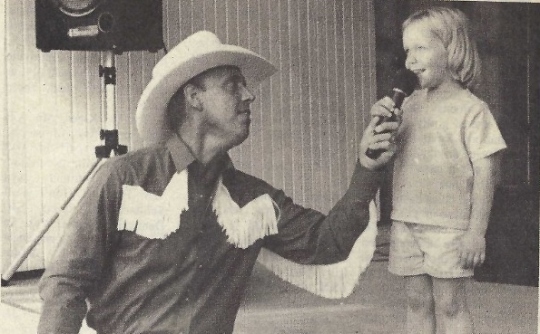 Emily, Jack’s three-year-old daughter, got into the country act at the Noble County Fair.

The many wonderful people he’s met have been a real blessing over the years. Locally Jack has performed with the Cambridge Singers, Lions Club Show, Golden Sixties, Cambridge City Band, barbershop groups and the list goes on. But individual performances are still his favorite. It’s been great fun.

Most of the time, the accompanying band is on the computer these days. His wife, Lori, handles the sound for him, and his daughters, Abby and Emily, have always been Dad’s girls and very supportive. They do many things together as a family. 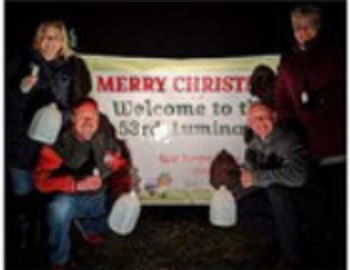 For the last three years, Jack, his wife Lori and daughter Abby have revived the Luminary on Christmas Eve in their neighborhood. Cars line the street as they pass through the lighted candles along the roadway. It’s no surprise that this family also enjoys Christmas caroling.

Jack with his daughters Abby and Emily help at the root beer stand at Pritchard-Laughlin.

Recently, Jack retired from Columbus Gas after working there for 40 years as a dedicated employee in customer service. Helping people is what he enjoys doing the most. Today, Jack is a city councilman and volunteers at the Municipal Court in various capacities. Once in a while, a break at the golf course gives some relaxation. 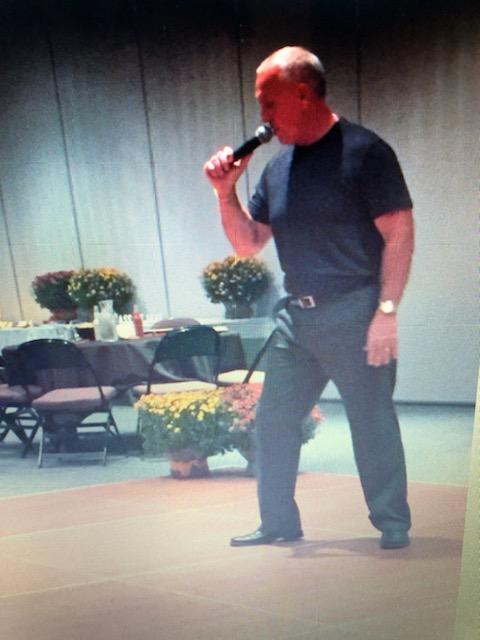 He encourages young people to sing and play musical instruments. Music is something you can enjoy all your life. Being able to bring a smile to someone’s face means more to him than anything. Let’s face it, Jack likes people. His performances end with the words of Elvis, “Thank you. Thank you very much!”

Jack Marlin is always ready to sing an Elvis song.