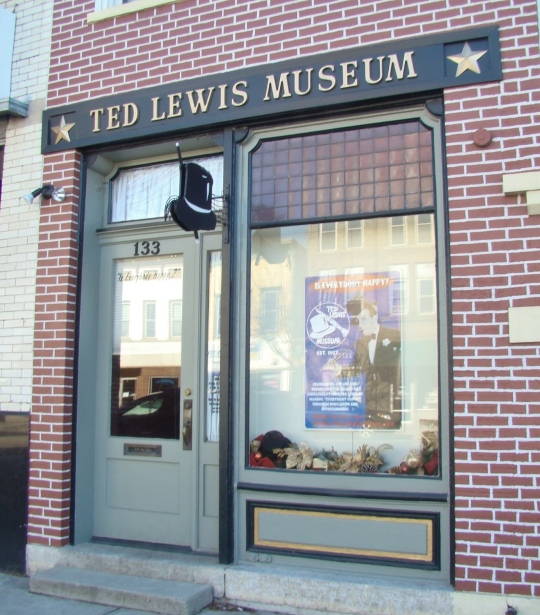 The Ted Lewis Museum was renovated last year for its 40th Anniversary.

For those interested in old entertainers and movies, Ted Lewis Museum in Circleville, Ohio will arouse your curiosity. Ted’s first professional singing job happened in 1906 in between movies at the Circleville Electric Nickelodeon. His salary – $4 a week. But that was just the beginning. 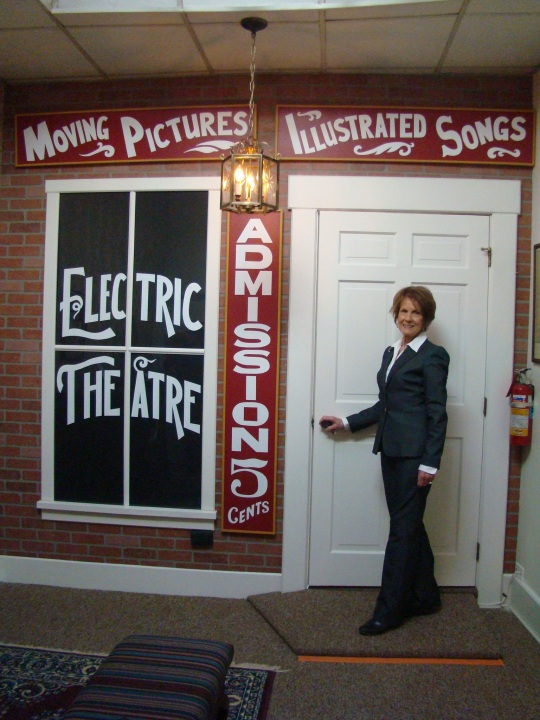 Joyce Keller, president of the museum, stands in front of a replica of the first theater where Ted  performed.

Born Theodore Friedman in Circleville, Ohio, his younger years were spent helping his parents in Friedman’s Bazaar, an emporium which supplied women of Pickaway County with the latest fashions. Ted spent his time sweeping inside and outside the store, as well as making deliveries. It wasn’t something he enjoyed.

His earliest musical instrument experience came at the age of nine when he played piccolo in the Circleville Cadet Band. His fingers weren’t long enough yet to play the clarinet. But Ted mowed lawns during the summer to save money to buy an E-flat clarinet he knew he wanted to play.

However, Ted became fascinated with syncopation and began taking lessons after school with Cricket Smith, a black barber. Jazz ran in Ted’s blood, which had him dismissed from the Cadet Band. The band teacher later apologized when Ted became famous. 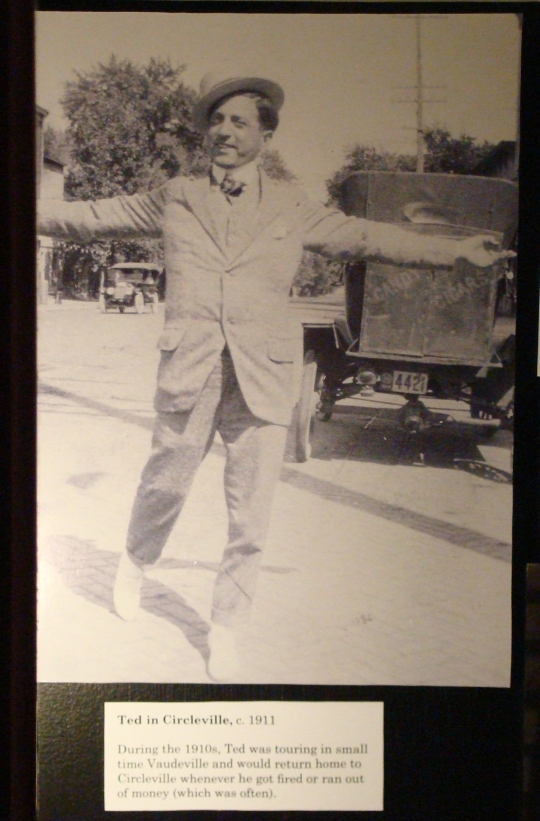 In 1911, Ted would return home from tours when he ran out of money, which was often.

As a teenager, he played his clarinet to help draw a crowd for Dr. Cooper’s Medicine Man Show and sold balloons and cotton candy. He’d carry circus banners in parades and even followed them out of town. This caused his parents much embarrassment and they tried to send him to business college in Columbus, but to no avail. 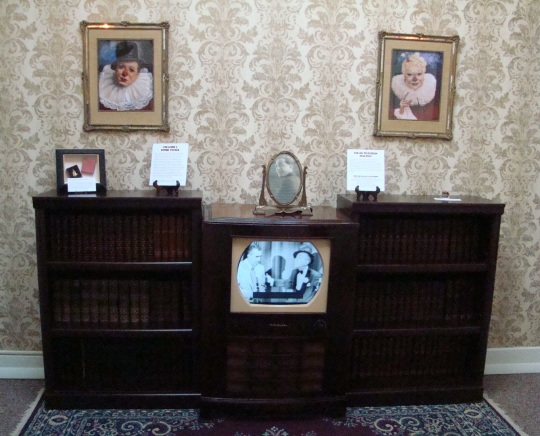 The books, bookcase and photos of life long friends, Ted and Sophie Tucker, are from his New York City apartment. Even the gold wallpaper has been replicated.

Ted kept busy following his dream of becoming an entertainer. He paired up with Jack Lewis under the billing Lewis and Friedman. One day in South Carolina, he saw the billing said Lewis & Lewis. The manager said that fit on the marquee better. After that he was always known as Ted Lewis, even though he never legally changed his name. 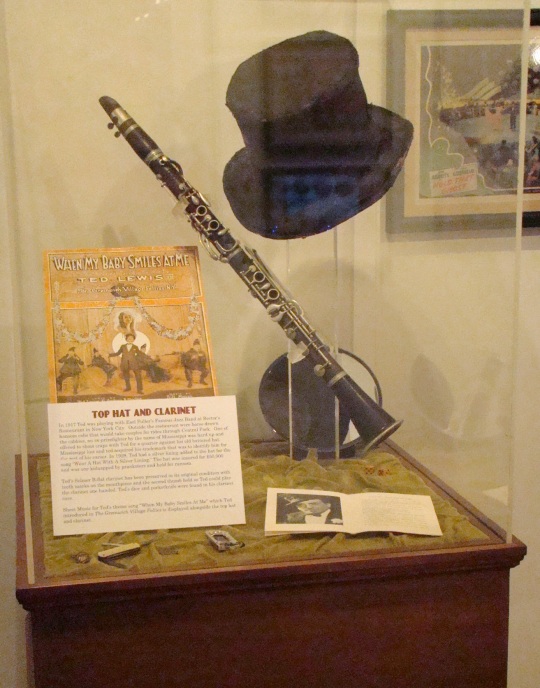 His battered top hat, cane, and clarinet are on prominent display.

In 1916, at the age of 26, Ted formed his first band – Ted Lewis Nut Band. They were very popular in the New York City area and performed at Rector’s Restaurant, a high class venue. While there, he won an old top hat in a dice game from a cab driver called Mississippi. That top hat, his clarinet, cane and the question: “Is everybody happy?” were always part of his act. 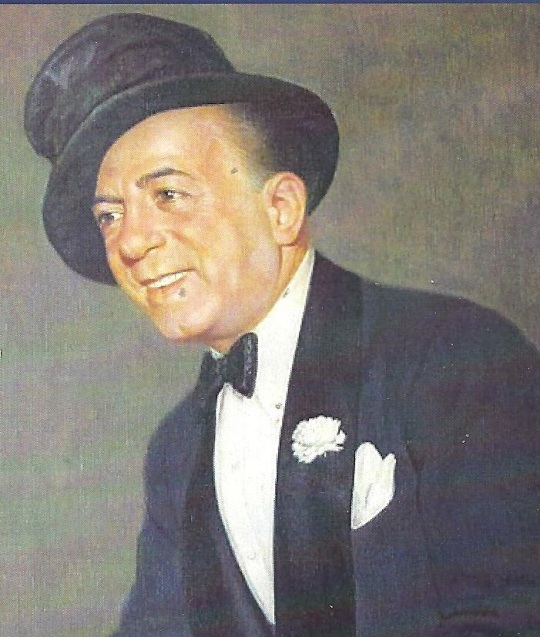 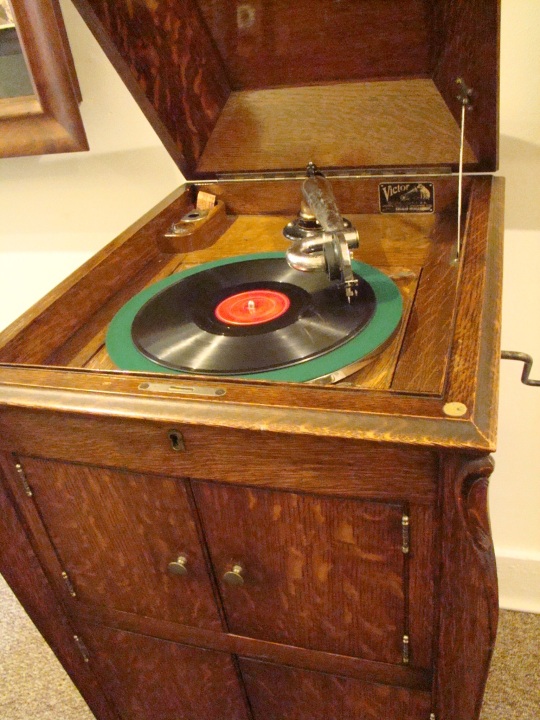 This old hand-crank Victrola played “Blues My Naughty Sweetie Gives to Me”.

His theme song, “When My Baby Smiles at Me” and hits such as “Tiger Rag” and “On the Sunny Side of the Street” earned him the title, “King of Jazz”. In 1926, his Columbia recording of “Tiger Rag” sold more than five million copies. He was their highest paid artist in the 1920s. This popular performer presented his act to nine United States Presidents and even did a command performance for King George V of England. 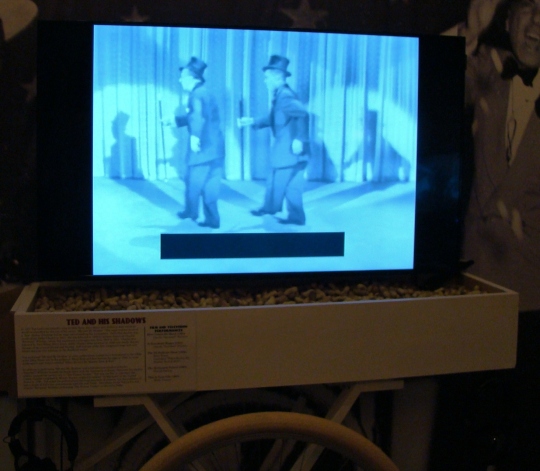 A video in a peanut cart plays “Me and My Shadow”.

During one performance, Ted noticed the doorman, Eddie Chester, mimicking him from the wings and asked him to join him on stage. Thus was born his signature routine, “Me and My Shadow”. 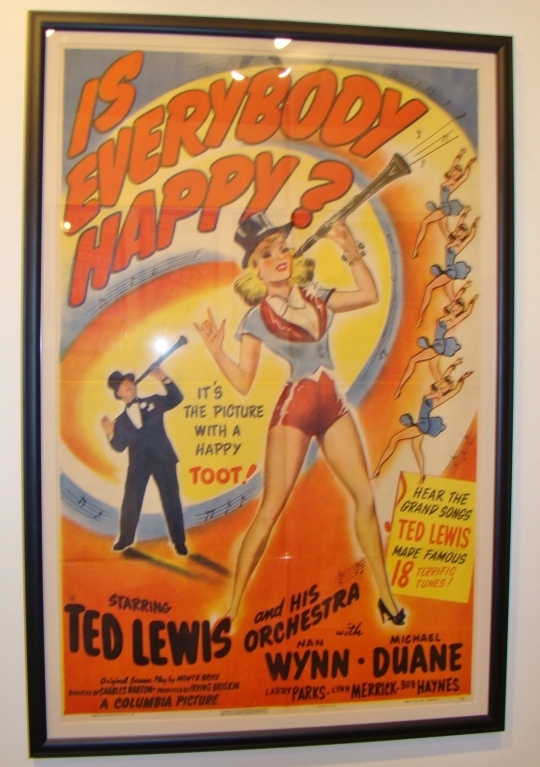 Ted starred in a movie about his life. Beautiful women played a large part in his acts.

Ted Lewis Museum opened in 1977 across the street from where Ted was born. Here you’ll be able to see classic memorabilia and watch videos of Ted Lewis performing. He told his wife that when he died he wanted everything to come back to Circleville, “The Capital of the World”. 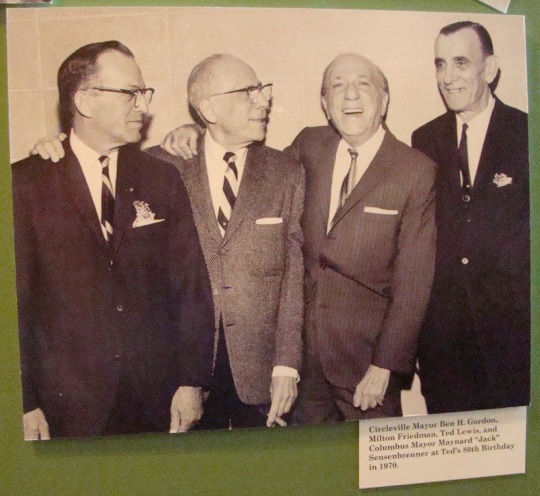 This showman never forgot his hometown. Ted and his wife, Adah, devoted themselves to making Circleville a better place to live. They supported Berger Hospital, the local schools, and even made possible a 13-acre Ted Lewis Park complete with playground equipment, ball fields, and a swimming pool at that time. Ted entertained the troops during WWII and was a leader in selling war bonds. 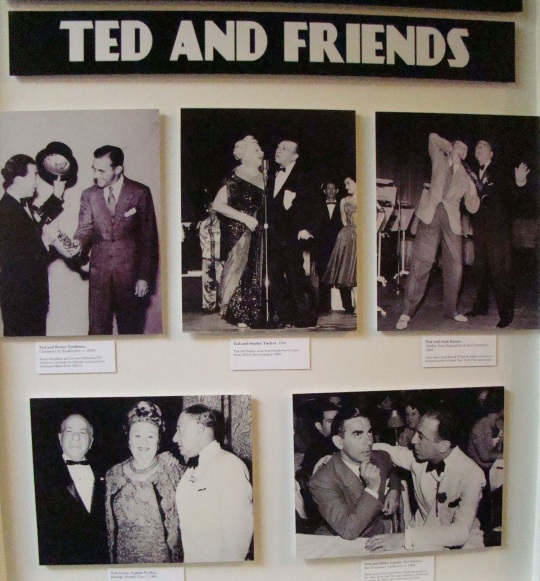 The museum on Main Street only opens on Friday and Saturday from 1-5. After your visit you’ll be ready to put on some tap shoes while grabbing a top hat and cane.

Ted Lewis Museum is located at 133 W Main Street in Circleville, Ohio. Follow US 22 for a scenic ride.