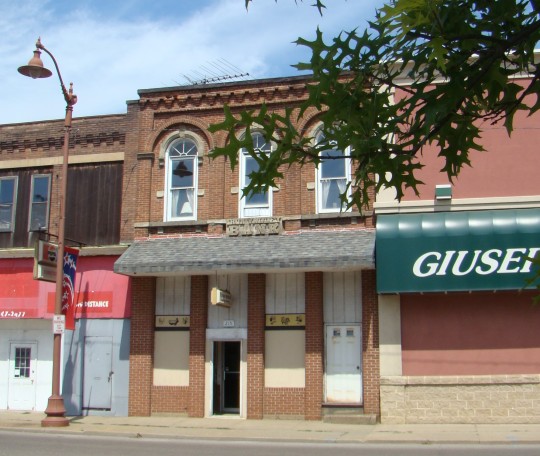 Auman Museum of Radio & TV still has a working antenna on its roof.

Television won’t be able to hold on to any market after six weeks. People will soon get tired of staring at a plywood box every night.

Who had the first TV in your neighborhood? Step inside a door marked Auman Museum of Radio & TV  in Dover, Ohio to discover television sets from days of old, and you just might see a TV like that one in your neighbor’s house long ago.

Larry Auman, owner, has accomplished what he set out to do after 50 years of collecting. His interest began way back in 1948 when he first saw a working TV in the window of Western Auto, while walking down the street with his mom and dad on a Saturday night.

He takes great pride in his display and the joy it brings to visitors. “My museum gives people a chance to experience sights and sounds of years gone by.” 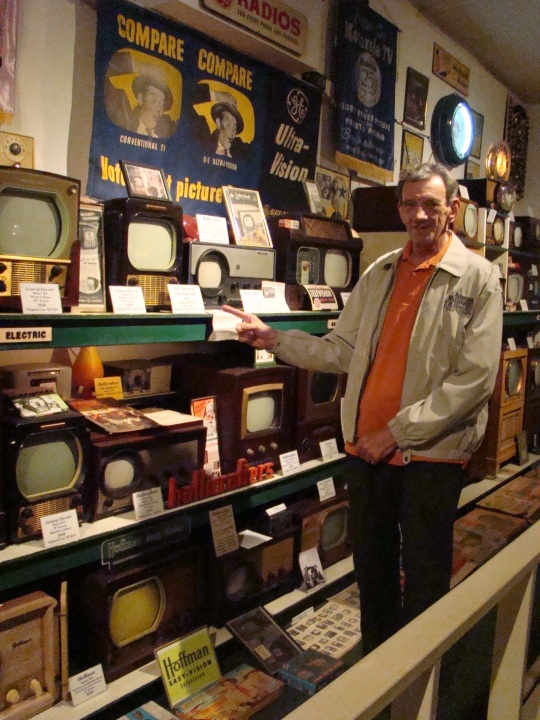 After graduating from DeVry, Larry opened Auman’s TV & Electronic Service at his home near Dover. At some point, television sets brought in for repair began to accumulate,and soon he had a room full of sets that showed a history of their development.

In 2001, Larry moved his radio and television collection from a room above his garage to the former Iron Valley Bank building in downtown Dover. What was formerly filled with cash, now has priceless memorabilia on display from 1900-1950. The museum contains nearly 150 early TV sets from 60 different companies – none of which are in existence today, Zenith being the last to go. 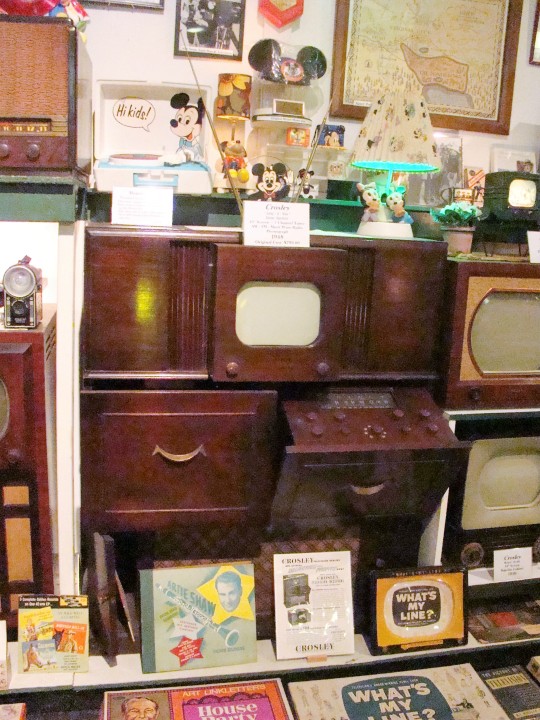 This home entertainment center from 1948 contained a TV, record player, and radio.

Viewing the old radios, memories might pop into your mind of listening to “Fibber McGee and Molly”, “Amos and Andy”, or “The Life of Riley”. Since Larry attempts to keep all the sets in working order, you might enjoy watching an early television rendition of those old favorites. Some people spend most of their visit going back in time as they watch old shows and commercials.

During those early days of television, viewing time was very limited. There were no programs at all on Thursday or Sunday, and the rest of the week, hours were from 4:00 pm – 8:00 pm. How times have changed! 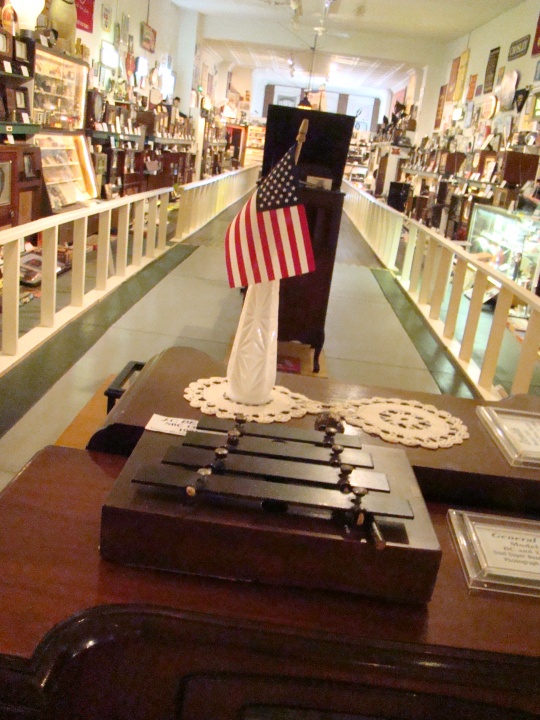 This played the NBC sign-on tones. The fourth bar was only used during WWII.

Over the last 50 years, Larry collected hundreds of varied items that relate to early days of television and the shows it brought to life. Game boards, toys, posters, comic books and much, much more can be found in his one-room showplace.

Auman Museum has received great publicity since the 70s when Larry appeared on TV as a segment of PM Magazine out of Cleveland. Numerous magazine and newspaper articles have been written about his collection, and he has been filmed numerous times for television specials. Often the sets he has collected appear in special programs also. 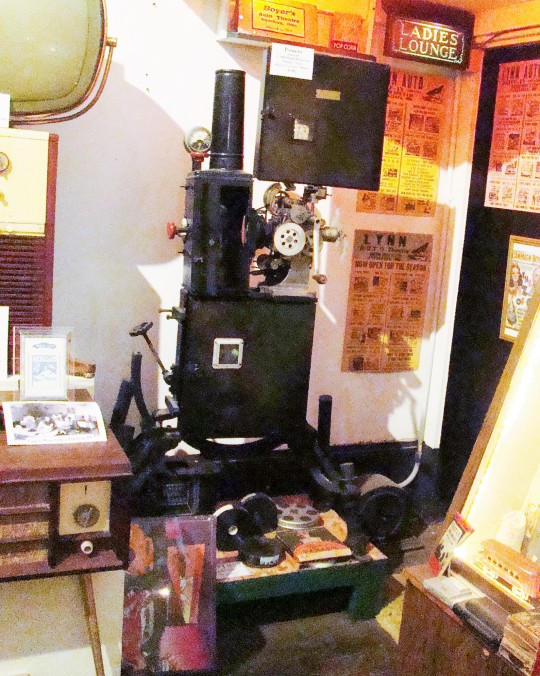 This hand-cranked silent movie projector contained a surprise when purchased – a film of Bing Crosby’s “Going My Way”.

If you listened to the radio or watched TV growing up, you will really enjoy this museum. Actually, almost everyone, even youngsters, find it fascinating. Larry tells many captivating stories about the equipment he has found and the unusual ways things have come into his possession.

With a view of a portion of the museum in the background, Larry sits next to a Zenith Chairside Radio.

Hours for the museum are extremely flexible but only opened by request. Call Larry at (330) 364-1058 and he can usually accommodate a visit with a little notice.Television has come a long, long way, but people have never tired of staring at the TV screen.

Auman Museum is located at 215 North Tuscarawas Avenue in Dover, Ohio along Route 211. Off I-77 take exit 81 and turn on Ohio 39 E. Go straight onto W. 3rd Street about .6 mile, then turn right onto Tuscarawas Ave.

Comments on: "Auman Museum of Radio and TV – Sights and Sounds of Years Gone By" (2)