Those who dedicated their life to serving their country in all branches of the service during its many wars are being honored at the new National Veterans Museum and Memorial in Columbus, Ohio. Opened on the banks of the Scioto River in October of 2018, you will learn of their bravery, fears and belief in the greatness of America. 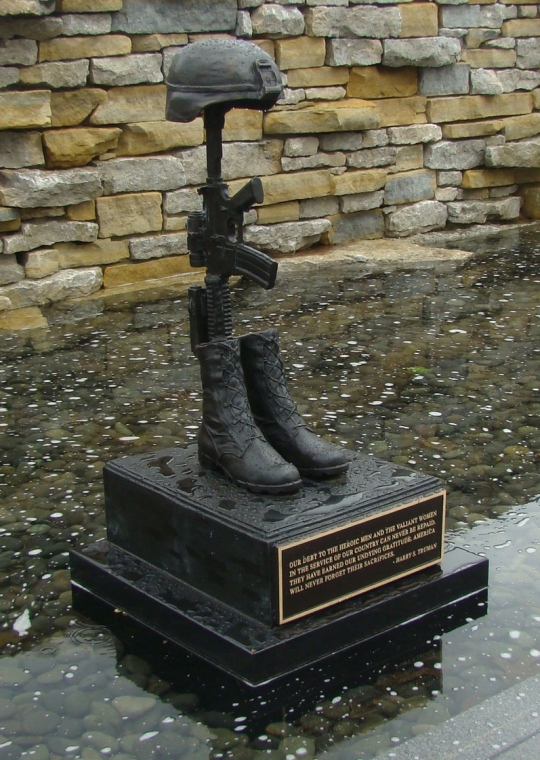 A memorial statue along the outside walkway remembers those who served.

Symbolizing the strength of our nation’s veterans, the unique architectural design of the building rises from within in a circular fashion to show their service never ends. The top of the building meets at a point to indicate that all the branches of the service come together to protect our nation and our world. This building has been recognized for its special innovative design and contains 28 million pounds of concrete. 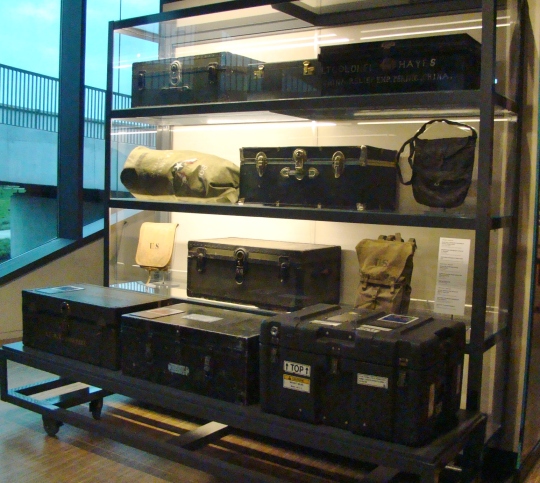 Open the lid of a veteran’s trunk and hear his story.

While stories of famous leaders like George Washington, Dwight D Eisenhower and John Glenn are well documented nationally, the stories of lesser-known heroes are often only known by family and friends. The NVMM is going to change all that by sharing their stories with the public.

Letters from home have always been important to members of the military.

Visitors are taken on a narrative journey as stories are told about veterans throughout the United States. Letters, pictures, and personal items help make these stories come alive. Listen to the letters they wrote home. Some will bring tears of sadness…or relief that they survived. 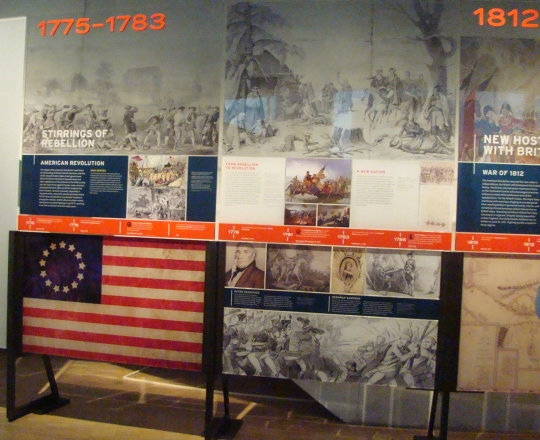 The Informational Timeline stretches from 1775 until today.

The Exhibition Galleries follow the curve of the concrete structure, which shares a timeline of highlights from the Revolutionary War until the present. The walls are covered with information so you have to be selective in what you read or you could be there for weeks. 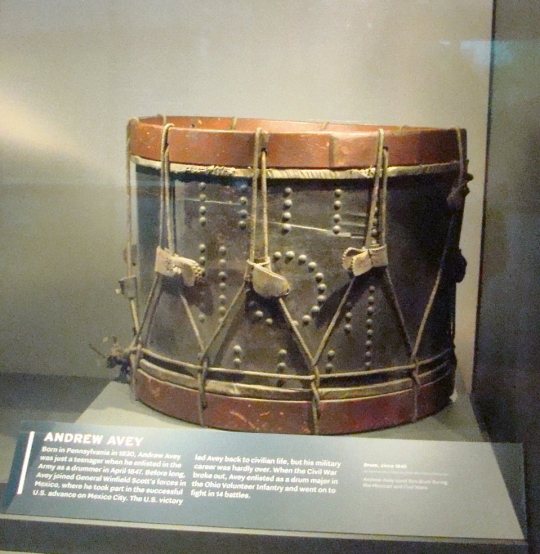 Andrew Avey played this drum during both the Revolutionary and Civil Wars.

Talking to veterans at the museum was one of the real pleasures of the day. Many had not actually been in combat zones, but all felt an emotional attachment to those with whom they had served.

The display of flags from all 50 states reinforces the fact that this is a national museum.

Many tried to go out in the communities of the countries in which they were stationed to get a glimpse of real life there. Edward, a Marine who had served in Vietnam, went out with a missionary and played Santa for the children in their village.

Todd, a veteran who is also a tour guide, shared his experiences in the Navy from 1965-69. His job was to patrol the coastline from Alaska to San Diego for Russian submarines. Another veteran, Dale, worked as a supply sergeant in the cold temperatures of Alaska where it was 59 below. 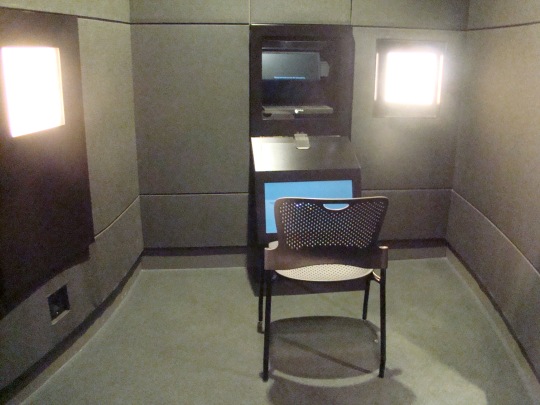 A special Share Your Story recording booth for veterans is located on the lower level.

The Second Floor mezzanine features a Memorial Room to honor the fallen heroes. Here you will find a room where stories of the veterans can be videotaped for future generations. Many have relatives who have served but they don’t often like to talk about their experiences.

A Memorial Grove of American elms provides a place for reflection and relaxation.

Outside the museum is a relaxing Memorial Grove consisting of American Elms, a tree that has given shelter to veterans since colonial times. This is a place for rest and contemplation with a beautiful limestone wall, a background symbolizing strength. Nothing relaxes more than water so the pool and cascades provide healing. Native plants appear throughout the area.

The Wounded Veterans Monument recognizes all veterans – past, present and future.

National Veterans Museum at 300 West Broad Street in Columbus Ohio is open to the public Wednesday – Sunday from 10:00 am – 5:00 pm. Over half of their visitors are veterans. People from all over the United States, Holland, Ireland, England and France have already felt the emotion of the museum.

To honor our servicemen, all veterans and active duty military members are given complimentary admission and parking. The same is true for Gold Star families.

A National Guard unit, “The Buckeye Division”, carried this 48-star flag during WWI.

Veterans have a special place in our world as many remain active in the community with a volunteer spirit. As one veteran said, “There was a reason we were spared…to come back and do something good.”

We honor those men and women who have sacrificed to defend our country. They served to preserve our freedom.

“Our freedom is not free. It comes with a cost.”

The new National Veterans Museum and Memorial is located at 300 West Broad Street in Columbus, Ohio just north of I-70. Once on West Broad coming from the east, go over the Scioto River and the museum is on the right-hand side.

Vane Scott Shares “The Many Faces of Old Glory”

Comments on: "National Veterans Museum & Memorial Honors All Who Served" (4)